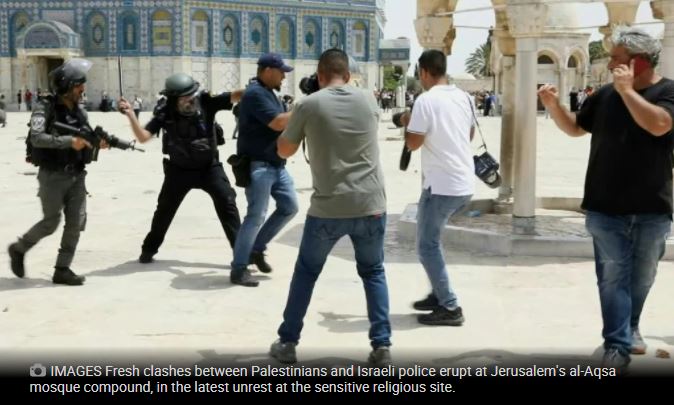 Jmedia Manager
Other Print
May 22, 2021 95
The ceasefire between Israel and Palestinian militants in Gaza was holding Saturday, as humanitarian aid began to enter the Israeli-blockaded enclave ravaged by 11 days of bloodshed.

As thousands of displaced Palestinians returned to their homes, and Israelis began to resume normal life on Friday, international focus turned to the reconstruction of the bomb-shattered Gaza Strip.

Israeli forces beat an AFP photographer who was covering the unrest there.

US President Joe Biden said he had told the Israelis to stop “intercommunal fighting” in Jerusalem, and pledged to help organise efforts to rebuild Gaza.

Rescuers there said they were working with meagre resources to reach any survivors still trapped under the rubble.

“We don’t have another home. I’ll live in a tent on top of the rubble of my home until it’s rebuilt,” the father of five said.

Large areas have been flattened and some 120,000 people have been displaced, according to Hamas.

The rockets claimed 12 lives in Israel, including one child, a teenager and an Israeli soldier, with one Indian and two Thai nationals among those killed, Israeli authorities say. Some 357 people in Israel were wounded.

Read the article in The Weekly Times (AFP).