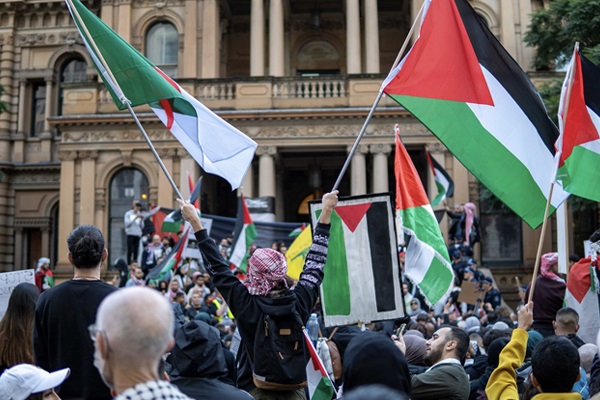 When Palestine is covered in the media, it is usually done so using neutral language that absolves Israel of any responsibility.

Palestinians and their allies have criticised mainstream establishment media outlets the world over for employing passive and neutral language to describe recent events in Palestine. When Palestine is covered in the media, it is usually done so using neutral language that absolves Israel of any responsibility or portrays it as two equal sides fighting. Palestinians “die” but Israelis are “killed.” If Palestinian death tolls are mentioned, they are reduced to a footnote or are skimmed over a few paragraphs down.

The New York Times was recently criticised on social media for its headline, lede, and skewing of events to frame the story in a euphemistic angle. The Times framed the story through its title as a new wave of violence following rockets from Gaza and protests by Palestinians in Jerusalem, thus obscuring the everyday violence Palestinians face. This framing also infers that the protests and the rockets were two separate events rather than connected events.

In Australia, our own media has either been silent or equally complicit in peddling the Israeli narrative of victimhood. The ABC especially has been challenged on its silence, publishing and broadcasting very few news pieces since Palestinian protests against home evictions in Sheikh Jarrah began a few weeks ago. The lack of news stories was especially noticeable after Israel began its most recent assault on Gaza, despite the buildup of events over weeks that led to it.