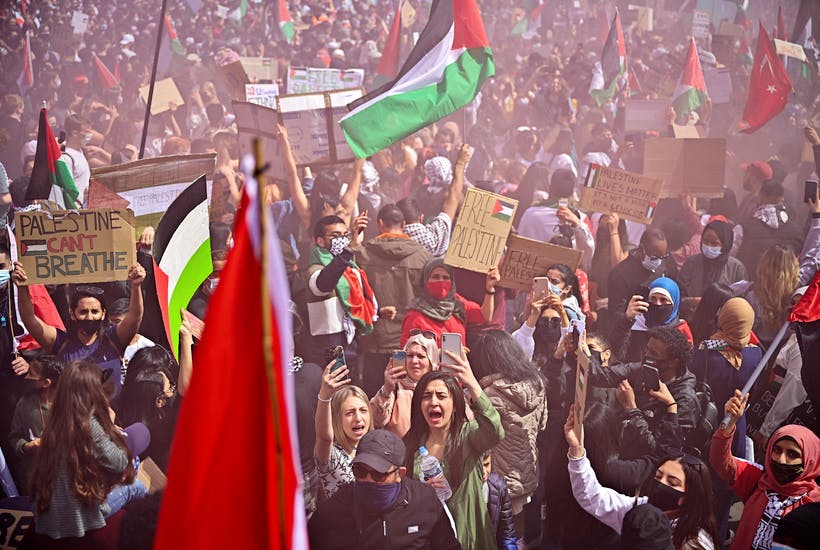 Why do parts of Britain erupt whenever Israel defends itself?

There has been a huge amount of comment in recent days on the latest round of exchanges between Israel and the terrorists of Hamas and Islamic Jihad in Gaza. As usual whole slews of celebrities and other important figures on the international stage have lamented the fact that Israel has put so much effort into the defence of its own citizens. As usual these ignoramuses cry about ‘disproportionate’ death tolls. As though it would all be a lot fairer if Israel turned off the Iron Dome system for a night or two and let the increasingly sophisticated weaponry of its enemies rain down, unmolested, upon its people.

But all this, and much more, has been rehearsed a thousand times before. From the UK there is only one interesting observation that can be made about this conflict. Which is that it once again bears out a rule that has been observable for the last couple of decades. The rule is this: It does not matter what the size or scale of any conflict involving Israel might be, the reaction on the streets of the UK worsens each time.

This has been an observable rule throughout each of the interventions in Gaza, however long or short-lived they have been. It was observable during the 2006 war with Hezbollah in Lebanon. Each time the eruption on British streets is worse than the time before.

Read the article by Douglas Murray in The Spectator.