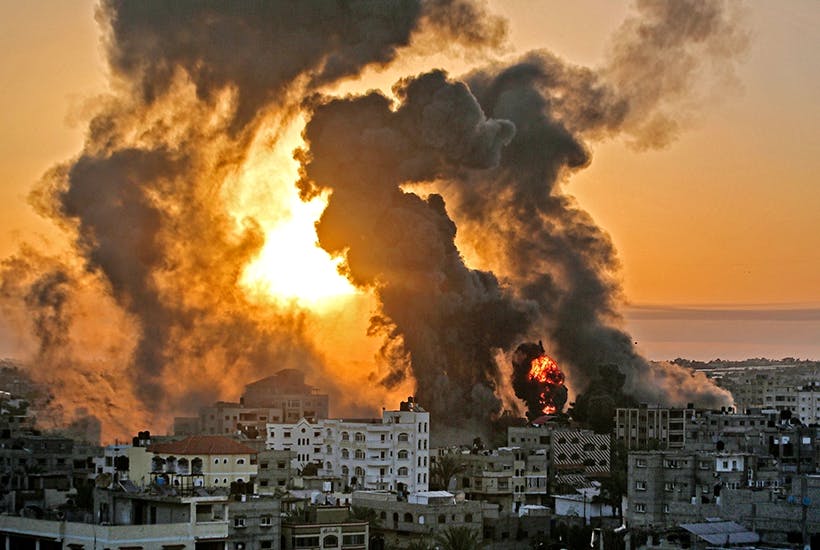 Is the worst yet to come in the Middle East?

If Iran steps in, the worst is still to come

We can’t say yet if the latest fighting between Israel and Hamas is the start of ‘the big one’, a new Palestinian intifada, or uprising. That possibility was raised by the grandest of Middle East commentators, Thomas Friedman, in the New York Times. Friedman is sometimes mocked for his prognostications. A ‘Friedman’ is defined as six months because of his repeated statements that the ‘next six months’ would be critical for the US in Iraq, the light at the end of the tunnel visible only then. He also praised the ‘new ideas’ of Saudi Arabia’s ruler, Mohammed bin Salman, before it turned out that one of those new ideas was to dismember his critics with a bonesaw. Perhaps there will be another intifada, though as I write events are not moving that way. We should worry more about what the conflict between Israel and Hamas tells us about the real ‘big one’: war between Israel and Iran.

So far, this round of Israeli-Palestinian bloodletting has followed a familiar script. Hamas fires rockets; Israel hits back, hard. At last count, Hamas has fired 3,200 rockets into Israel — but these are crudely made projectiles and are by and large not accurate, most falling harmlessly on open ground. There have been relatively few casualties: ten people, including two children. The Israeli military, on the other hand, has modern, precision-guided weaponry. If it wants to hit a particular building, it will. The Palestinians say more than 200 people have been killed, 60 of them children. Israel’s critics call this collective punishment, an ‘eye for an eyelash’. Israel’s defenders say that Hamas puts military hardware next to civilians. There is a measure of truth in both arguments.

Read the article by Paul Woods in The Spectator.