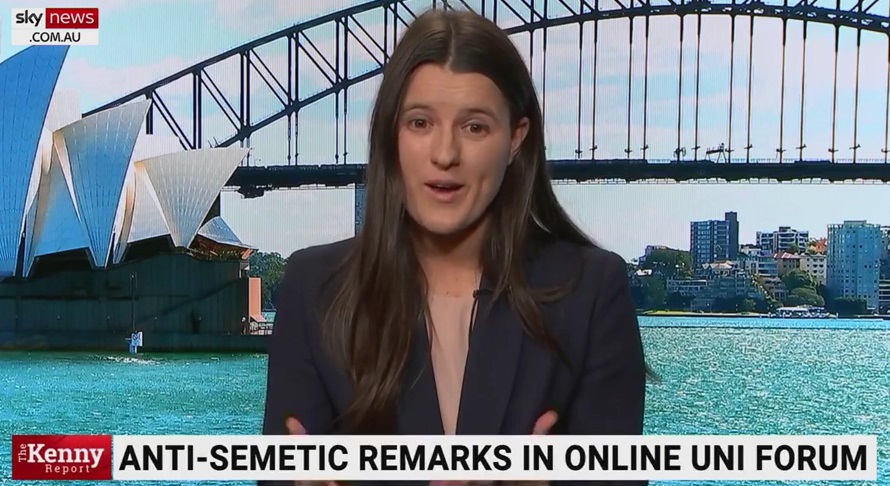 “Eliminate Israel” is the aspiration of Hamas and other terrorist groups and their backers in Iran, says Sky News host Chris Kenny.

The remarks come after a federal Labor MP allegedly posed in a Melbourne University ALP club picture which “parroted” the slogan of Hamas on the bottom line: “From the river to the sea, Palestine will be free”.

“For a Federal Labor MP to be associated with this, and for a University Labor group to spout it, is truly disgusting,” Mr Kenny said. “When objections were raised, they deleted the post – but it is hard to delete such awful hatred and extremist goals – which is why the conflict so often seems intractable.”

Mr Kenny went on to speak about the issue of anti-Semitism with the Australasian Union of Jewish Students’ Gabi Stricker-Phelps.

Discussing recent anti-Semitic remarks on an online university forum, Ms Stricker-Phelps said there was “no doubt” about its anti-Semitism.

“I think that when that happens and it’s within the university jurisdiction they should be stepping in to reaffirm their stance against anti-Semitism to ensure that every student … should be safe on campus.” she said.

Watch the report on the Chris Kenny program.