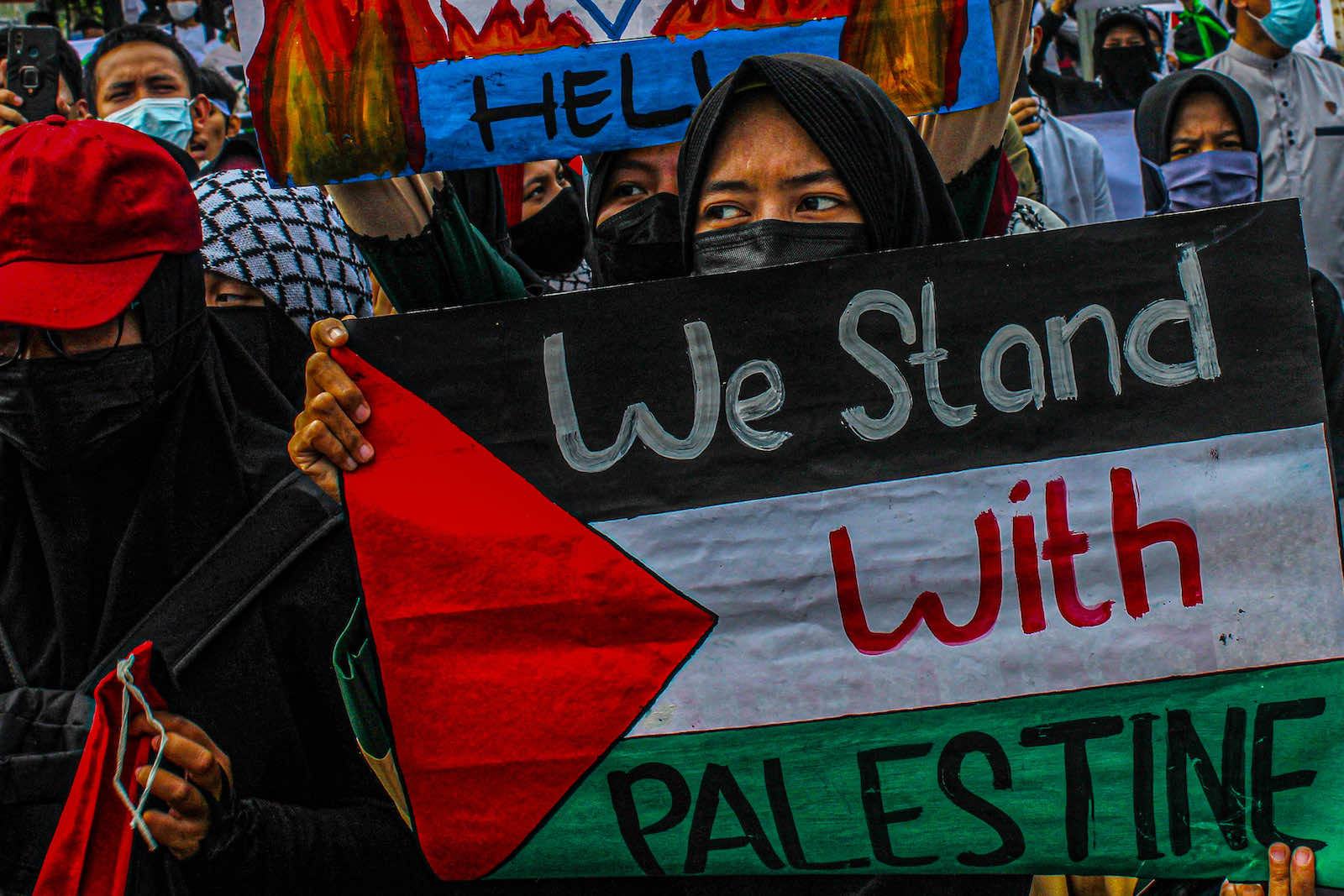 Israel-Palestinian issues have long featured in Jakarta’s worldview but with a domestic edge, too.

Indonesia’s public debate over the issue of Palestinian rights was reawakened by the latest violence, which claimed at least 243 lives in Gaza and 12 in Israel before an eventual ceasefire. Social media was especially animated by vehement arguments as most Indonesians – 86.7% of whom identify as Muslim – supported Palestinians.

On 15 May, President Joko Widodo, better known as Jokowi, weighed into the renewed debate by tweeting Indonesia’s strong condemnation of Israel’s attacks. His foreign minister, Retno Marsudi, echoed the sentiment, declaring: “The Palestinian people deserve justice. And I emphasise that Indonesia will continue to support the Palestinian struggle.”

Indonesia strongly condemns Israeli’s attacks which has resulted in the loss of lives of hundreds, including women and children. Israel aggression must be put to a stop.

The current administration’s rhetoric is consistent with Jokowi’s campaign pledge when he first ran for president in 2014 to support the Palestinian cause. But he is by no means alone in this. His political opponents also pay lip service to the idea of an independent Palestine because it is a stance which has broad appeal. Israel is not popular in Indonesia. A 2017 BBC World Service poll found 64% of Indonesians expressed negative attitudes towards Israel, and only 9% viewed the country positively.

Read the article in The Interpreter.