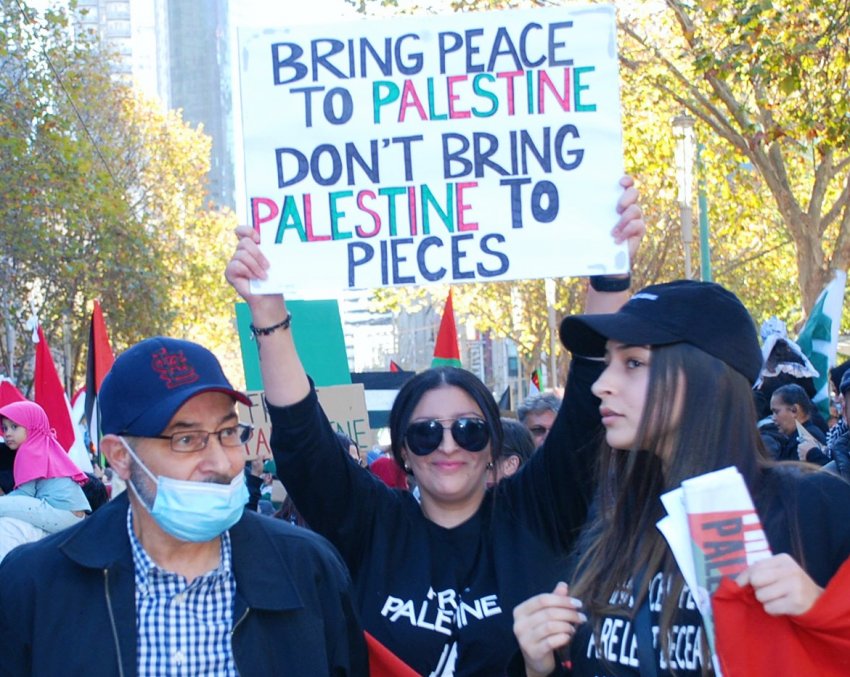 The huge protests in solidarity with the Palestinian people are continuing, triggered by Israel’s ethnic cleansing of Palestinians in the East Jerusalem neighbourhood of Sheikh Jarrah and its bombardment of Gaza.

Tens of thousands of people protested Israel’s assault on Gaza and East Jerusalem on May 22 (and May 23 in Perth). This round of protests came the day after a ceasefire was announced between Israel and Hamas and a few days after a general strike by Palestinians throughout the entire region of historic Palestine.

The Australian protests are part of a worldwide solidarity movement against the apartheid regime in Israel where Palestinians have to bear second-class status, including mostly not being allowed to vote.

Jacob Andrewartha reports that more than 15,000 came out for Palestine in Naarm (Melbourne) on May 22, marching from the State Library to Parliament House. Construction workers hung a Palestinian flag in solidarity from a building site. Solidarity was shown by an Indonesian contingent, Kashmiris and sex workers, among others.

Read the article on Green Left.