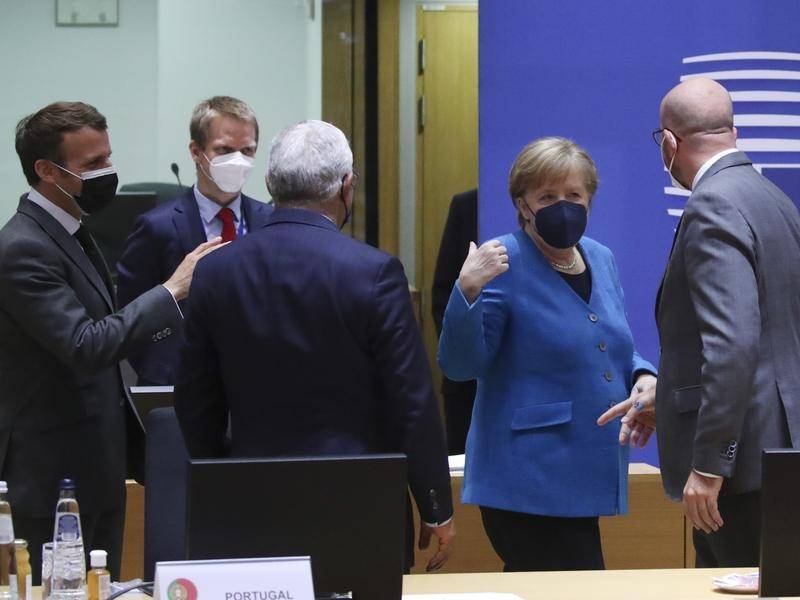 Western powers have prepared to pile sanctions on Belarus and cut off its aviation links, furious after it scrambled a warplane to intercept a Ryanair aircraft and arrest a dissident journalist, an act one leader denounced as “state piracy”.

In a video posted online, detained blogger Roman Protasevich, 26, said he was in good health, being held in a pretrial detention facility in Minsk, and acknowledged having played a role in organising mass disturbances in the capital last year.

In the video on Telegram, he wore a dark sweatshirt and clasped his hands tightly in front of him. The comments were dismissed by his allies as having been made under duress.

A Polish deputy foreign minister, Pawel Jablonski, told broadcaster TVN24 his government had heard from Protasevich’s mother about his being in poor health.

Belarus’s interior ministry said Protasevich was being held in jail and had not complained of ill health.

European Union leaders meeting in Brussels on Monday called for Belarusian airlines to be banned from the bloc’s airspace and urged EU-based carriers to avoid flying over the former Soviet republic.

They also agreed to widen the list of Belarusian individuals they already sanction and called on the International Civil Aviation Organisation (ICAO) to urgently investigate Belarus forcing a Ryanair plane to land in Minsk on a Greece-Lithuania flight on Sunday.

Read the article by Sabine Siebold and Matthias Williams in The Canberra Times.