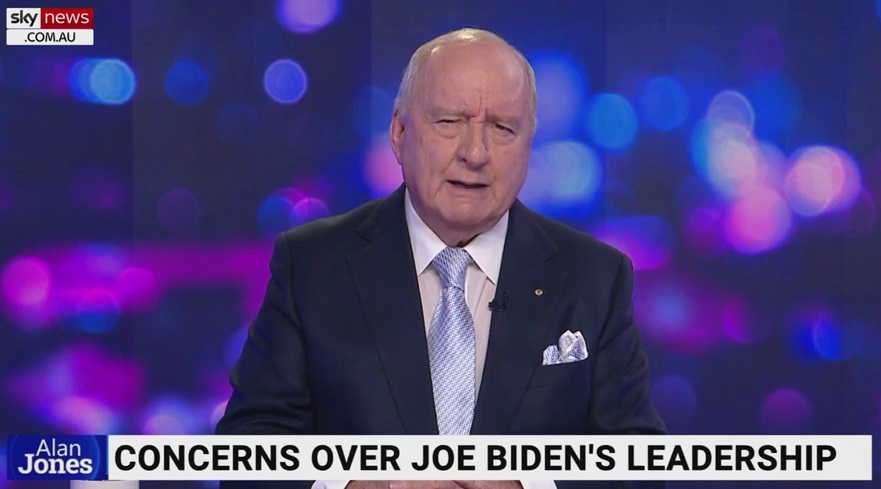 ‘Bumbling Biden is in trouble’

Sky News host Alan Jones says the “bumbling” US President Joe Biden is in trouble after demonstrating a “hopeless understanding” of the conflict in the Middle East.

“One wonders how long Joe Biden is going to last,” Mr Jones said. “How can this man be let loose?” Joe Biden is currently in trouble after he “tried to cajole” Israeli Prime Minister Benjamin Netanyahu into a “significant de-escalation” towards the path to a ceasefire.

Mr Jones said this shows the president’s “hopeless understanding of what has been going on”. “Here was Biden putting the weights on Netanyahu whilst on the edge of indirectly providing funding to Hamas, using Iran as a money laundering mechanism when Hamas – a terrorist organisation – had launched over 4,000 rockets at the Jewish State since May 10,” he said.

Benjamin Netanyahu, in response to President Biden, said: “You can either conquer them, and that is always an open possibility, or you can deter them.

And we are right now in forceful deterrence … but I have to say, I don’t rule out anything.” According to Mr Jones, the free world “needs a Netanyahu, not a bumbling Biden”.