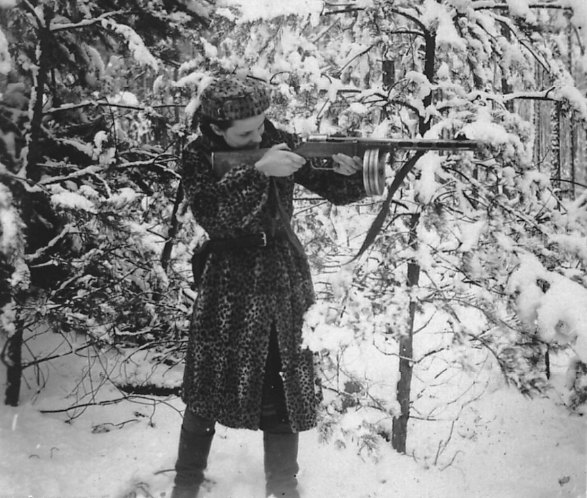 Faye Schulman: Fought Nazis with a rifle and a camera

On August 14, 1942, a year after German troops invaded Soviet-occupied Poland, they massacred the last 1850 Jews from a shtetl named Lenin near the Sluch River. Only 27 were spared, their skills deemed essential by the invaders.

The Germans enlisted her to take commemorative photographs of them and, in some cases, their newly acquired mistresses. (“It better be good, or else you’ll be kaput,” she recalled a Gestapo commander warning her before, trembling, she asked him to smile.) They thus spared her from the firing squad because of their vanity and their obsession with bureaucratic record-keeping — two weaknesses that she would ultimately wield against them.

At one point, the Germans witlessly gave her film to develop that contained pictures they had taken of the three trenches into which they, their Lithuanian collaborators and the local Polish police had machine-gunned Lenin’s remaining Jews, including Faye’s parents, sisters and younger brother.

She kept a copy of the photos as evidence of the atrocity, then later joined a band of Russian guerilla Resistance fighters. As one of the only known Jewish partisan photographers, Schulman, thanks to her own graphic record-keeping, debunked the common narrative that most eastern European Jews had gone quietly to their deaths.

Read the obituary by Sam Roberts in The Sydney Morning Herald.