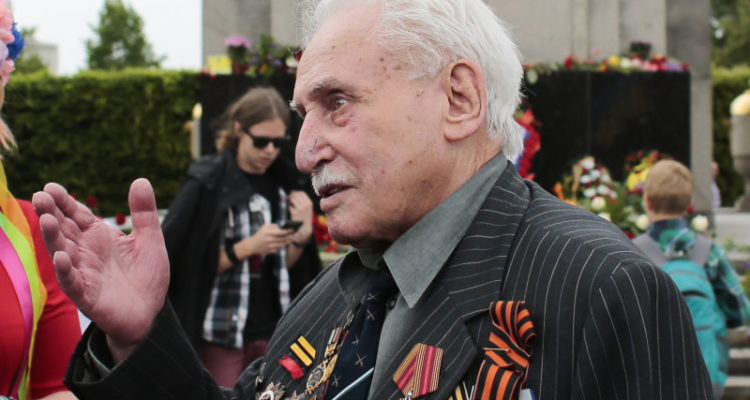 He ‘drove on to hunt fascists’: Last liberator of Auschwitz dies at 98

Berlin: David Dushman, the last surviving Soviet soldier involved in the liberation of the Nazi death camp at Auschwitz, has died. He was 98.

The Jewish Community of Munich and Upper Bavaria said on Monday (AEST) that Dushman had died at a Munich hospital on Saturday.

“Every witness to history who passes on is a loss, but saying farewell to David Dushman is particularly painful,” said Charlotte Knobloch, a former head of Germany’s Central Council of Jews. “Dushman was right on the front lines when the National Socialists’ machinery of murder was destroyed.”

As a young Red Army soldier, Dushman flattened the forbidding electric fence around the notorious Nazi death camp with his T-34 tank on January 27, 1945.

He admitted that he and his comrades didn’t immediately realise the full magnitude of what had happened in Auschwitz.

“Skeletons everywhere,” he recalled in a 2015 interview with Munich newspaper Sueddeutsche Zeitung.

“They [Prisoners] stumbled out of the barracks, they sat and lay among the dead. Terrible. We threw them all of our canned food and immediately drove on, to hunt fascists.”

More than a million people, most of them Jews deported there from all over Europe, were murdered by the Nazis at Auschwitz-Birkenau between 1940 and 1945.