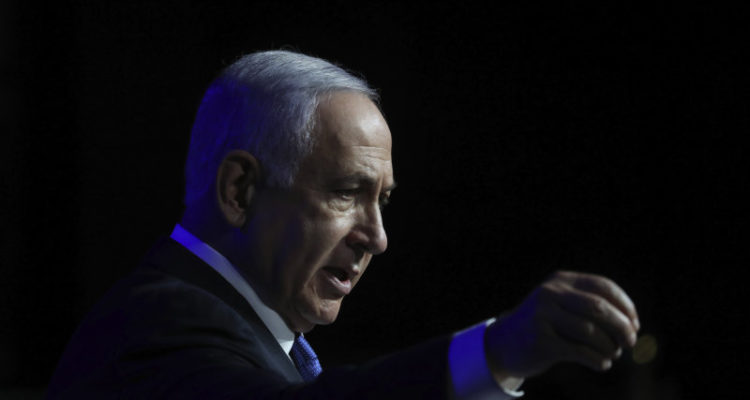 Benjamin Netanyahu has vowed to “overthrow” the new coalition poised to replace his government, as he teeters on the brink of being ousted from his role as Israel’s longest-serving prime minister.

The threat came a day after the head of the domestic security services warned that the heated political discourse could spark physical violence.

“Recently we have identified a grave increase and intensification in violent and inciting discourse, particularly on social media,” Nadav Argaman, head of Shin Bet, said.

“As someone who leads an organisation meant to protect the nation’s security, democratic regime and institutions, I am [warning] that this discourse may be interpreted by certain groups or lone wolves as permission for violence and illegal activity that could lead to physical harm.” Argaman did not name individuals in his warning.

Far-right Jewish activists earlier announced plans for a provocative march through Palestinian neighbourhoods of Jerusalem while, adding to the tensions, The New York Times reported. Israeli police detained a pair of Palestinian siblings whose activism and media appearances recently drew a wave of international attention to the displacement of six Palestinian families from East Jerusalem, forming the backdrop to the recent conflict in Gaza.

Read the article by Abbie Cheeseman in The Sydney Morning Herald.