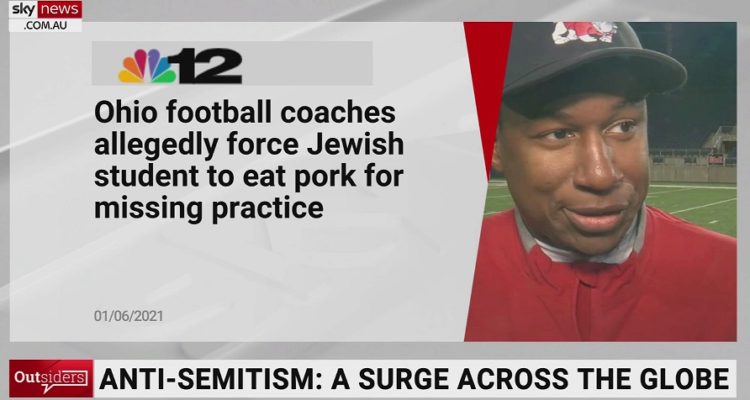 ‘Insidious’ influence of intersectionality behind rise in anti-Semitism

The “insidious” influence of intersectionality is fuelling the rise of anti-Semitism in America and around the globe, according to documentary filmmaker Ami Horowitz.

There was a slew of high-profile assaults – including a brawl in New York City’s Times Square – against Jewish Americans over the course of the 11-day conflict between Israel and Hamas.

The Anti-Defamation League said there was a 75 per cent increase in reports of anti-Semitism since the conflict in the Middle East began. Mr Horowitz told Sky News that growing up, anti-Jewish sentiment was often perpetrated by the extreme right.

However he said modern anti-Semitism is now coming “almost exclusively from the left”.

“The reason you see it come from the left is this insidious notion, this theory of intersectionality, that all people who are victims have to come together.

“They look at Israel, and they look at the Jews, and they say ‘oh you’re successful, you’re rich, you’re educated, therefore you’re the oppressors, you’re the people we have to stamp out’ and that’s why it comes from the left.

“Even more disturbing than that is the refusal of the mainstream media to acknowledge it.”

Watch the report from The Outsiders.