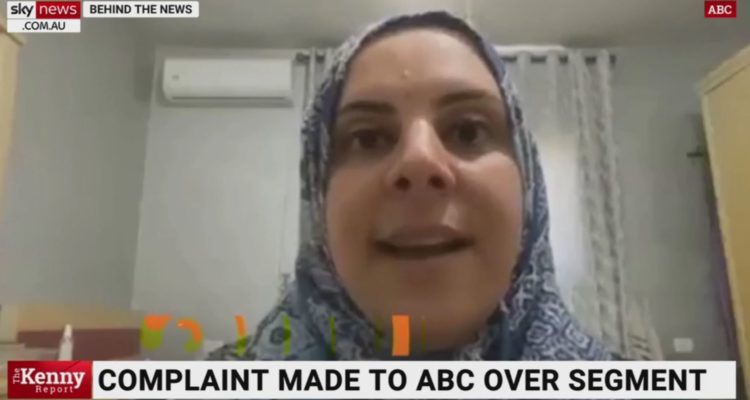 Jewish groups have pointed out the ABC’s “anti-Israel bias” has turned up in its educational program Behind the News – “indoctrinating kids against Israel” – according to Sky News host Chris Kenny.

The taxpayer-funded national broadcaster’s educational program, Behind the News, is produced for school-age kids and is often shown to them in the classroom.

Mr Kenny pointed to one segment of the program in which commentary pointed out Israelis have the ability to protect themselves from rockets while Gaza does not.

“No mention that the rockets fired indiscriminately from Gaza started the conflict and actually targeted civilians,” he said.

“And then we hear about Israel hitting targets, and we hear from a woman talking about children straight away as if they’re the targets, rather than the terrorist targeting that Israel focuses on. “This is pretty typically jaundiced stuff, but this is directed at Australian children.” Mr Kenny spoke with Jeremy Leibler from the Zionist Federation of Australia about the issue.

“We’ve submitted a formal complaint, and we’ve also written to the managing director,” Mr Leibler said. “This follows – two weeks ago – ABC on its flagship program, discussing the conflict, where the panel was so stacked that there was no attempt whatsoever to have any alternative voice of reason on the panel. “It was a horror movie.”

Watch the report on The Kenny Report.

[Editor: The stories, on 25 May and 19 May, attempted to provide context to the then-ongoing Hamas-Israel violence. Both stories emphasised the Palestinian explanations for the violence, omitted key facts and used background imagery and other story-telling techniques to completely undermine Israel’s defensive actions and, indeed, it’s moral and legal right to exist in the eyes of school children, who cannot be expected to discern bias or have the background knowledge to argue against the factual errors and undermining of Israel’s narrative.]