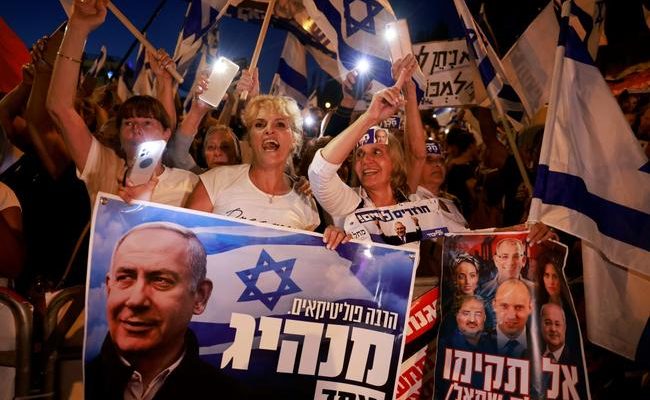 Bennett, a tech millionaire and former special forces commander, was sworn in at the helm of an ideologically divided eight-party bloc united only by disdain for the country’s longest-serving prime minister.

Beloved as “King Bibi” and “Mr Security” by his right-wing supporters and condemned as the “crime minister” by his critics, Netanyahu has long dominated Israeli politics.

Delighted revelers packed a square near the Knesset (parliament) in Jerusalem and poured into Tel Aviv’s city centre to celebrate Netanyahu’s fall.

Bennett, 49, told the Knesset before the vote that his government “represents all of Israel”.

“The time has come for different leaders, from all parts of the population, to stop, to stop this madness”, he said, to angry shouts of “liar” and “criminal” from right-wing opponents.

His supporters have hailed him as a defender of Israel who has been tough on archfoe Iran, but who also struck a series of historic normalisation deals with Arab nations last year.

Read the article in the Herald Sun (AFP), The Australian and The Courier-Mail.