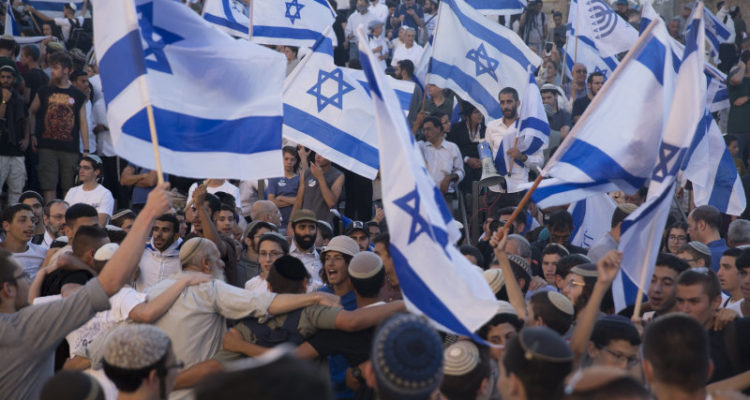 Jerusalem: The Israeli military said its aircraft attacked Hamas armed compounds in the Gaza Strip early on Wednesday in response to the launching of incendiary balloons from the territory that caused fires in fields in southern Israel.

In a statement, the military said that it was “ready for all scenarios, including renewed fighting in the face of continued terrorist acts emanating from Gaza”.

The attacks, following an Israeli nationalist march in East Jerusalem that angered Palestinians, were the first launched by Israel and Gaza militants since an Egyptian-brokered ceasefire ended 11 days of cross-border fighting last month.

The march posed a test for Israel’s fragile new government.

Palestinians consider the march, meant to celebrate Israel’s capture of east Jerusalem in 1967, to be a provocation.

Hamas called on Palestinians to “resist” the parade, a version of which helped ignite last month’s war.

With music blaring, hundreds of Jewish nationalists gathered and moved in front of Damascus Gate.

Most appeared to be young men, and many held blue-and-white Israeli flags as they danced and sang religious songs.

At one point, several dozen youths, jumping and waving their hands in their air, chanted: “Death to Arabs!” In another anti-Arab chant, they yelled: “May your village burn.”

Read the article in The Age (Reuters, AP).

[Editor: The title of this report is outrageous. Who started this?]