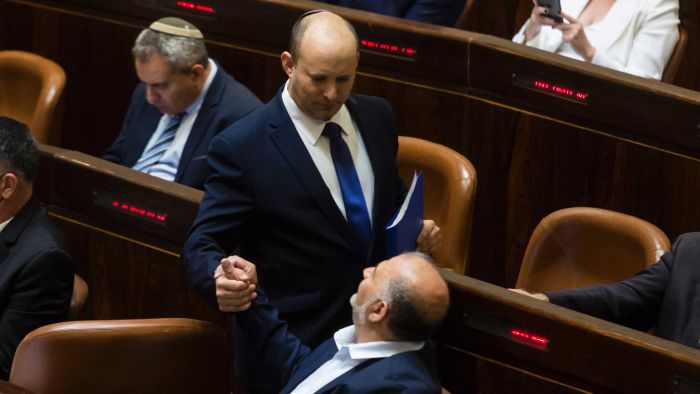 The Orthodox Jewish Prime Minister and the Arab Kingmaker

As we go to air on Wednesday afternoon, violence has resumed between Israeli forces and Hamas militants in Gaza. But will it tear apart the new coalition government, which is just a few days old?

It’s the first government since 2009 that doesn’t have Benjamin Netanyahu as its leader.

The coalition headed by Naftali Bennett is not only ideologically diverse, but religiously diverse – and in a historic way.

A prime minister who wears the traditional Jewish skull cap will sit alongside the leader of an Islamist party.

Listen to the program by Andrew West on the ABC Religion and Ethics Report.