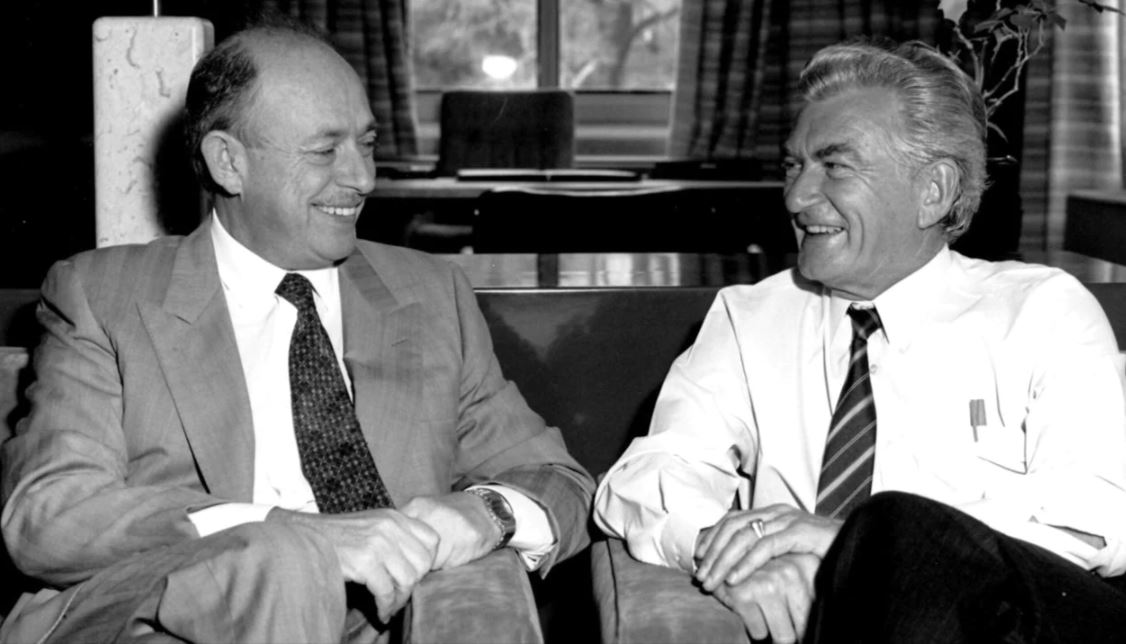 Isi Leibler was the original influencer

Isi Leibler was one of the most influential of all Australians in international politics, an unexpected role because he was never a parliamentarian, and never an ambassador nor top civil servant. He was also exceptional because his political base sprang from one of the nation’s smallest ethnic groups, the Jews.

Independent and provocative, he was a one-man political party. A lone warrior, he relied also on close relations, usually cordial, with most of Australia’s long-serving prime ministers. John Howard praises this book. Bob Hawke – he once wished he was born in Israel – was Leibler’s close friend and vital business associate, although their final parting was not amicable.

Isi arrived in Melbourne as a four-year-old in 1939, a few months before the start of World War II. That his maternal grandparents were killed in the Nazi gas chambers at Auschwitz shaped his career, giving him a lifelong sense of mission.

A “rebellious youth” at high school, he found Melbourne University more to his taste and earned high praise from Professor William Macmahon Ball for his final essay in political science. Its subject, of course, was Israel.

Saved from national service by the medical finding that he suffered from “flat feet”, Isi eagerly went overseas in 1957 – just before his father’s sudden death – but initially he was not attracted to Israel. He dismissed Tel Aviv, his landing place, as “a sordid imitation of Melbourne”; and after a stay as spectator in Jerusalem he confided that he no longer wished to become the prime minister of Israel.

The Leibler family’s business was the importing of diamonds, mainly from Antwerp, and Isi might have made his fortune in that field had he not been ultra-adventurous.

After creating in the 1960s the most innovative travel agency perhaps seen in Australia, he entered aviation – fighting and almost losing to Qantas, but surviving to see his creation Jetset go global and make him wealthy.

Read the article by Geoffrey Blainey in The Australian.