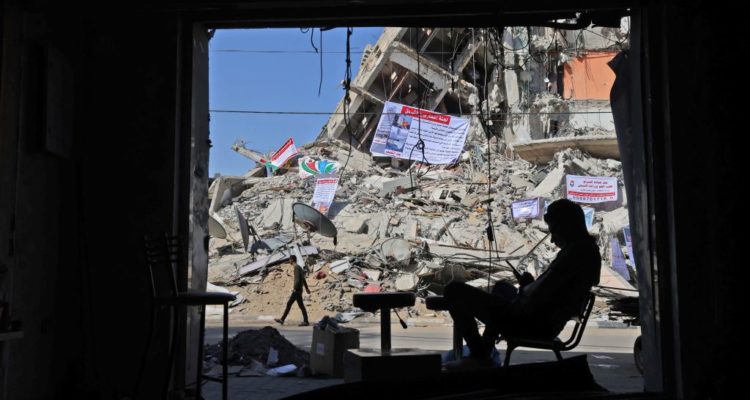 The two-state solution for the Israeli–Palestinian conflict is a yeti—often talked about, but rarely sighted. And like the Himalayan snowfields, its habitat is shrinking.

A familiar combination of domestic Israeli and Palestinian political dynamics, international failures and worsening relations between the two sides created conditions for the outbreak and the continuation of the most recent bloodshed. Those circumstances still apply.

Two decades after the second intifada marked the effective end of the Oslo Accords, there is once again a widespread view among political audiences, on both sides, that the Palestinian–Israeli relationship is existential and zero-sum.

Like love and roses, the latest fragile ceasefire will last while it lasts, nothing more. The coalition that was created to remove Benjamin Netanyahu from power in Israel also faces serious challenges to its durability.

Meanwhile, the political clout and credibility of the Palestinian Authority, already in poor shape before the conflict, has suffered further serious damage. Thanks to its own ineptitude (notably the cancellation of elections), Netanyahu’s drive to survive by accommodating the extremist right, and the failure of the US administration to act quickly and decisively at the outset of the fighting in May, recourse to violence, which the Palestinian Authority is obliged to eschew, has become re-legitimised in the minds of popular audiences on both sides.

Whatever the damage Israel is doing to its support base abroad (and recent polling and US congressional responses indicate that the damage is substantial, including among younger US evangelical Christians), Israelis suffer no pangs of conscience (according to the respected commentator Yossi Klein Halevi) over the deaths of more than 240 Palestinians, including around 60 children, in response to Palestinian rocket attacks.

Read the article by Bob Bowker, former Australian ambassador to Jordan, Egypt and Syria in The Strategist.