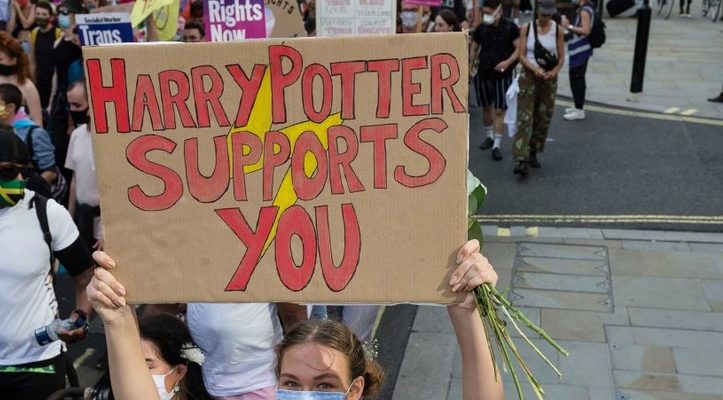 Rowling’s, and other left-wing activist’s treatment of the Irish writer and Quadrant contributor Kevin Myers, who was falsely accused of anti-semitism, is one of the disgraces of modern journalism. Myers’ heresy, was not, as Rowling pretended, anti-semitism, but his criticisms of feminism. Rowling shared a tweet to her millions of followers on Twitter claiming that Myers was an anti-semite, which was not only untrue but demonstrably ridiculous at face value. The most pro-Jewish and pro-Israeli journalist in Ireland, who had spent his entire journalistic career condemning anti-semitism, was labelled an anti-semite. The Jewish Representative Council of Ireland issued a statement saying that calling Kevin Myers “either an anti-semite or a Holocaust denier is an absolute distortion of the facts”.

The irony was that every actual anti-semite or anti-Israeli bigot in Ireland jumped on the bandwagon, and with solemn-faces and without a scintilla of irony derided Myers’ alleged anti-semitism. Rowling, as far as I’m aware, never deleted the tweet or apologised for her slander. Myers’ career was cancelled because of the intellectual dishonesty of his ideological opponents. Rowling was more responsible than any other public figure for the cancellation of Kevin Myers. The timing of the Myers’ controversy was fortuitous for J. K. Rowling, though. It came soon after Rowling launched an ill-considered attack on Donald Trump, when she let her emotions overrule her critical faculties.

Days earlier, to put this in context, Rowling posted a video on Twitter, which had been disingenuously edited to show Donald Trump ignoring a disabled boy in a wheelchair. Her tweet about Kevin Myers was in the three-day interregnum between Rowling being told that the video contained false information, that Trump had not ignored the boy, and her deleting the offending tweet. She said, quoting Maya Angelou, that “when someone shows you who they are, believe them”, and she called Trump a “monster of narcissism” because he had revealed his real self by ignoring the disabled boy. She didn’t, however, amend her pop-psychological appraisal of Donald Trump when the information she based her claim on was proven to be wrong. Admitting you’ve made a mistake is the quintessence of good faith, but Rowling said nothing.

Read the article by Declan Mansfield in Quadrant Online.