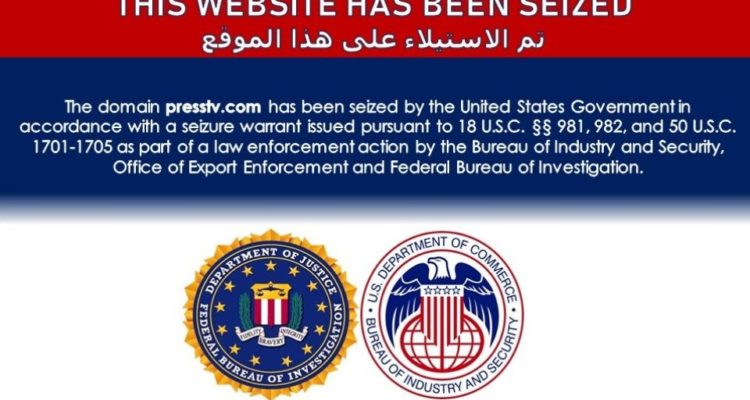 Iran-linked news websites ‘seized by US’

Notices have appeared on a number of Iran-affiliated websites saying they had been seized by the United States government as part of law enforcement action.

Iranian news agencies said that the US government had seized several Iranian media websites and sites belonging to groups affiliated with Iran such as Yemen’s Houthi movement.

The website of Masirah TV, which is run by the Houthis, reads:

“The domain almasirah.net has been seized by the United States government in accordance with a seizure warrant…as part of a law enforcement action by the Bureau of Industry and Security, Office of Export Enforcement and Federal Bureau of Investigation.”

A US Justice Department spokesperson had no immediate comment.

Two US government sources indicated that the Justice Department was preparing an announcement on this issue.

Notices have also appeared on websites of Iran’s Press TV and Lualua TV, a Bahraini independent channel which broadcasts from the UK.

Marzieh Hashemi, a prominent US-born anchorwoman for Press TV, told the Associated Press that the channel was aware of the seizure but had no further information.

“We are just trying to figure out what this means,” she said.