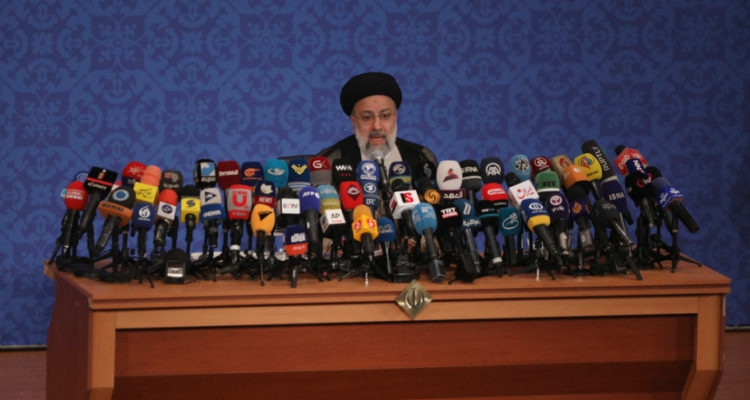 Jmedia Manager
Print
June 25, 2021 73
US Justice Department said Wednesday it had seized 33 Iranian government-controlled media websites, as well as three of the Iraqi group Kataeb Hezbollah, which it said were hosted on US-owned domains in violation of sanctions.

Visitors to leading Iranian media sites like Press TV and Al-Alam, the country’s main English language and Arabic language broadcasters, as well as the Al-Masirah TV channel of Yemen’s Huthis, were met with single-page statements declaring the website “has been seized by the United States Government” accompanied by the seals of the Federal Bureau of Investigation and the US Commerce Department.

Both IRTVU and IRGC have been placed on the US sanctions blacklist, making it illegal for Americans, US companies, and foreign or non-American companies with US subsidiaries to have business with them or their subsidiaries.

Islamic Republic of Iran Broadcasting (IRIB), the immediate parent of Al-Alam, reported that other web domains, including Palestine-Al Youm, a Palestinian-directed broadcaster, and an Arabic-language religious and cultural channel were among those seized.

IRIB accused the United States of repressing freedom of expression and joining forces with Israel and Saudi Arabia “to block pro-resistance media outlets exposing the crimes of US allies in the region.”

“The government of the United States of America is banning the Al-Masirah website without any justification or even prior notice,” they said.