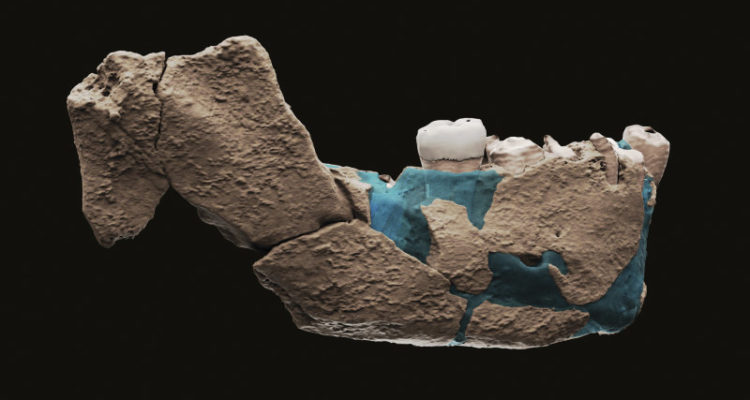 Washington: Scientists say they have discovered a new kind of early human after studying pieces of fossilised bone dug up at a site used by a cement plant in central Israel.

The fragments of a skull and a lower jaw with teeth were 120,000 to 140,000 years old and could force a rethink of parts of the human family tree, the researchers from Tel Aviv University and the Hebrew University of Jerusalem said.

A team of anthropologists spent years analysing the fragments uncovered in Nesher Ramla in 2010, comparing them to hundreds of fossils around the world from different eras. Excavators uncovered the bones about eight metres deep among stone tools and the bones of horses and deer.

The early humans, who had very large teeth and no chin, may have also been ancestors of the Neanderthals, the study added, challenging the current thinking that our evolutionary cousins originated in Europe.

They may have lived alongside our species, Homo sapiens, for more than 100,000 years, and may have even interbred, according to the findings.

The researchers determined that the fossils likely came from a hominin group closely related to Neanderthals. The scientists also believe there are enough similarities to link this group to other populations found in prior cave excavations in Israel dating to around 400,000 years ago.

Read the article by Christina Larson in The Sydney Morning Herald.