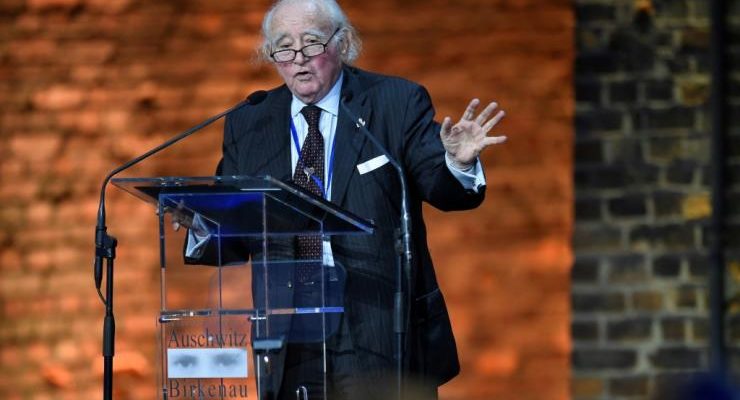 Israel has summoned Poland’s ambassador to protest a bill passed by the lower house of parliament that critics say may make it harder for Jews to recover property seized from them during World War II.

The proposed legislation seeks to put a statute of limitations on property claims, Reuters reported.

Israeli Foreign Minister Yair Lapid said shortly after the vote on June 24 that the “incomprehensible action” made by Poland’s lawmakers could further harm political relations between the two nations.

“Poland’s draft law will in effect prevent the restitution of Jewish property, or the provision of compensation, to Holocaust survivors and their heirs. It is a horrific injustice and disgrace that harms the rights of Holocaust survivors, their heirs, and members of the Jewish communities that existed in Poland for hundreds of years. This is an incomprehensible action,” Israeli Foreign Minister Yair Lapid said.

“This immoral law will seriously harm relations between the countries,” he added.

About three million Jews who lived in Poland were wiped out by the Nazis during the Holocaust. Jewish property owners and their descendants have repeatedly called for compensation from Poland since the fall of communism in 1989.

The proposed measure sets into motion a 2015 ruling by Poland’s Constitutional Tribunal that places a deadline on going after faulty administrative decisions. The proposed law set this deadline at 30 years.

The bill was passed in the lower house of parliament, the Sejm, with 309 votes in favor, no votes against and 120 abstentions. The bill is now expected to be discussed by the Senate.

Read the article by Jennifer Manongdo in the International Business Times.