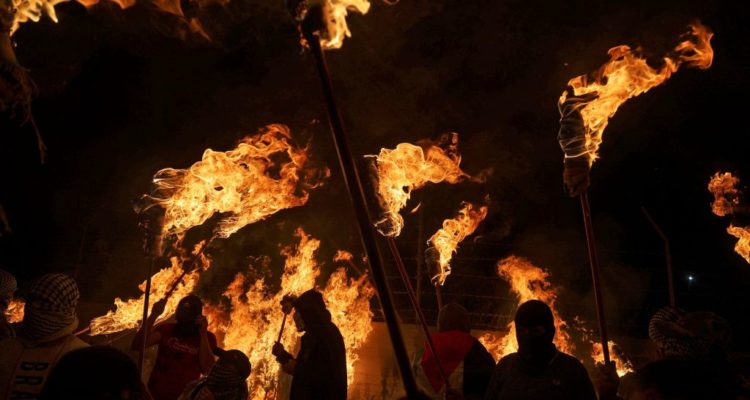 If you understand the Israeli–Palestinian conflict, you’ve been misinformed

On 15 June, the always tenuous ceasefire was broken with incendiary balloons launched from the Palestinian territory and Israeli airstrikes on Gaza in retaliation. The Middle East has probably yielded more Nobel Peace Prizes than any other region, yet peace in the Middle East is unlikely in my lifetime and may not eventuate in God’s lifetime.

After 11 days of fighting between Hamas and Israel in which around 250 people were killed, mostly Palestinians in Gaza (sometimes said to be the world’s biggest open-air prison) and 12 Israelis, a ceasefire took hold on 21 May. As always, both sides claimed victory. Israel said it had destroyed much of the ‘infrastructure of terror’ and decapitated the senior Hamas leadership while demonstrating the remarkable success of its Iron Dome missile defence shield in hunting, intercepting and killing incoming rockets mid-flight. More than 4,000 rockets were fired from Gaza towards Israel. Some fell short, some fell into uninhabited areas, most were intercepted and destroyed mid-flight, and some landed in residential areas where Israel has built a network of bomb shelters. Does the success of Iron Dome lessen Israeli urgency to look for political solutions to the enmity with neighbours?

Given the very modest military returns, it’s hard not to think that the primary motive behind Hamas’s rocket barrage was to provoke an Israeli military response as a means of rallying the faithful, and any waverers, behind the Palestinians and causing international embarrassment to Israel. Hamas wins by the mere fact of surviving, and this time Palestinians also emerged from the fighting with their unity strengthened. The BBC reported that morale among the Palestinian armed groups is intact and perhaps even stronger. Hamas suffers no reputational damage in the Arab world for Israeli civilian casualties of its rockets and garners international sympathy and worldwide Muslim support for any Palestinian civilian casualties of Israeli strikes, giving it an asymmetric advantage in the propaganda war.

Read the article by Ramesh Thakur in The Strategist.