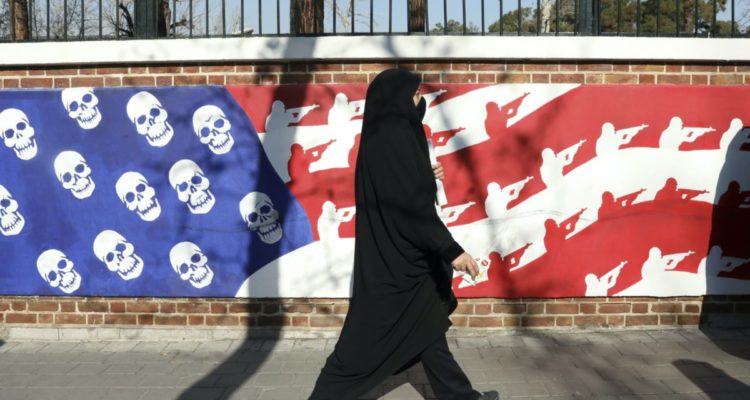 A mourner walks back from a funeral ceremony for Iranian General Qassem Soleimani and his comrades passing graffiti on the wall of the former US Embassy in Tehran. (AP Photo/Vahid Salemi)

Essay: War or peace? For Iran and the United States, it’s time to decide

When President Donald Trump withdrew from the Iran nuclear deal in 2018, The Religious Society of Friends – the proper name of the denomination known as Quakers – knew how perilous the decision was. As a faith community with a long tradition of working to prevent nuclear war and arms proliferation, Quakers understood the immense value the pact provided.

The deal was not perfect. It would not – and was not designed to – address all points of contention between the United States and Iran. But it did block the path for Iran to develop a nuclear weapon while simultaneously reducing the risk of yet another war in the Middle East. Importantly, according to UN watchdogs, Iran upheld its obligations under the agreement.

Then came President Trump’s withdrawal from the accord. From that moment on, tensions with Iran have continued to escalate dangerously. In early 2020, the United States assassinated Iranian General Qassem Soleimani, an action deemed to be in violation of international law, and which resulted in trading of fire that risked plunging the two countries into war. The latest violence flared up in late June when the United States launched airstrikes against Iranian-backed militias in both Syria and Iraq.

Diplomacy and peace remain possibilities – but they hang by a thread. If the United States truly intends to achieve peace with Iran, then a swift return to the nuclear deal is the starting point. But Congress must not erect new hurdles. As long as there is no deal, we remain on a path to war and nuclear confrontation.

Read the article by Diane Randall in Sight Magazine.