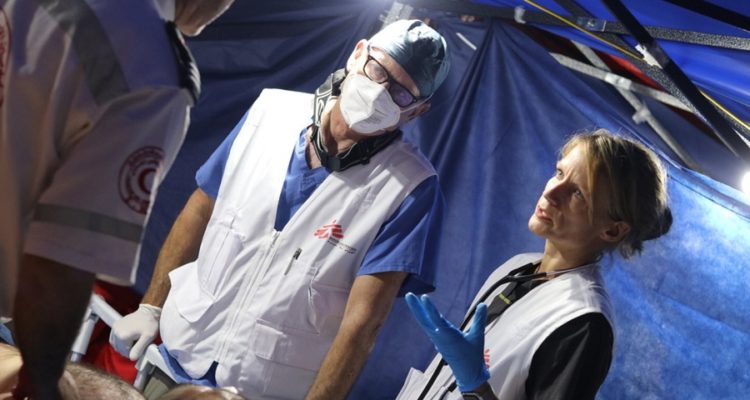 Natalie Thurtle sees rubber bullets shot at children, people viciously beaten, and homes turned to rubble from Israeli bombs as her team works to save hundreds of people. And then, there’s COVID-19

Inside a trauma unit in Jerusalem, Dr Natalie Thurtle’s nostrils burn with a rotting smell. A woman is brought in. She had been hit by rubber bullets fired by Israeli forces and had fallen.

While lying on the ground she was fired at again, this time from a water cannon full of “skunk water”, a yellow fluid that leaves a foul-smelling odour similar to rot or sewage that lasts for days.

“I just remember … being highly affected by the smell of the agent but also the disrespect for this young woman who had been running away, who’d been shot and was lying on the ground and then had been sprayed and defaced, essentially, by this foul-smelling skunk water,” Thurtle says over the phone from Palestine.

“These are the kinds of stories that come out of Palestine. It’s a confronting place to work and to witness and to see people – because they’re living in really, really challenging conditions here.”

Thurtle has been in Israeli-occupied Palestine, working across the Gaza Strip and the West Bank, since the beginning of the pandemic.

Read the article by Cloe Read in Brisbane Times and The Age.