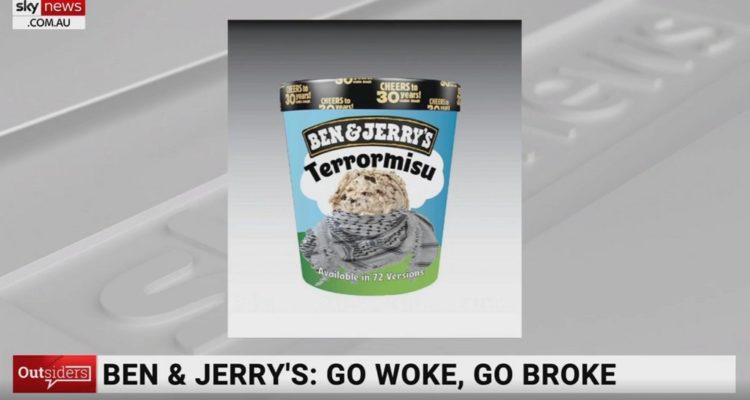 Documentary filmmaker Ami Horowitz says “congratulations Ben & Jerry’s and Unilever” for throwing “your lot with the anti-Semites” around the world.

“Make no mistake about it, when you are boycotting the state of Israel … they’re boycotting East Jerusalem – you cannot sell Ben & Jerry’s now in the Jewish quarter of Jerusalem … you have thrown your lot in with the anti-Semites,” Mr Horowitz said.

“I am not saying that Israel cannot be criticised or is above criticism … many people have and that doesn’t rise to the level of anti-Semitism – it’s okay.”

“But here’s the difference, here’s what Ben & Jerry’s are engaging in. When you raise your voice and you take action against the state of Israel to the exclusion of other nations, other bad actors, that’s when you are an anti-Semite.

“And when Ben & Jerry’s is not selling its products in those places in Israel … but in Iran, in Syria and in China – you, Unilever and Ben & Jerry, have to look in the mirror and say maybe I in fact am behaving as an anti-Semite.”

Watch the episode of the Outsiders with Rowan Dean.