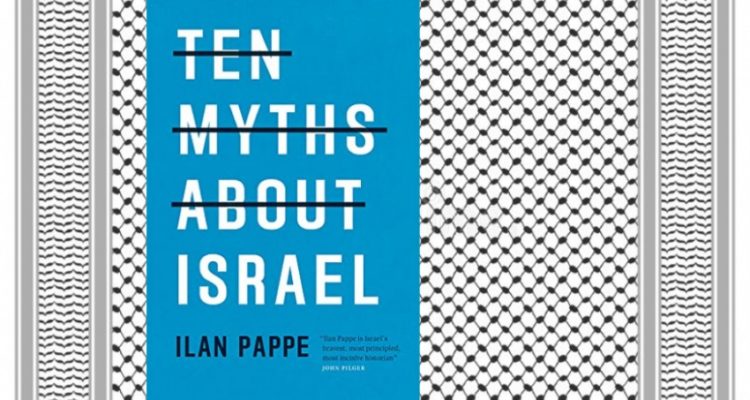 The Zionist account of Israel is based on a set of core myths that cast doubt upon Palestinian claims to the land.

These myths serve as hasbara, a euphemism for pro-Israeli propaganda. Hasbara often goes unchallenged by the Western media and imperialist states that benefit from the role Israel plays in in the Middle East.

Ilan Pappé, author of many books on Palestine, including The Ethnic Cleansing of Palestine and On Palestine with Noam Chomsky, dismantles Israeli hasbara in Ten Myths about Israel.

Pappé is an Israeli historian, socialist and anti-Zionist activist, whose support of the Boycott, Divestment and Sanctions (BDS) campaign lost him his position at Haifa University in 2007.

Pappé tackles each myth in chronological order, from the late 19th century to the present day.

When Jewish settlers arrived in the 19th century, they didn’t find a “land without people” or a “desert waiting to bloom”. Palestine was a thriving society, and a vital part of the East Mediterranean, despite being occupied by the Ottoman Turks since 1517.

The majority of the population was either Muslim or Christian, with the indigenous Jewish population making up 2‒5%.

The Zionist movement that emerged among secular Jews like Theodor Herzl, believed that instead of struggling against anti-semitism at home, Jews should create a state of their own. Zionists were willing to make alliances with whichever forces would help them achieve their aims.

Read this pro-Palestinian review of a book by Israel basher Ilan Pappe on Green Left.