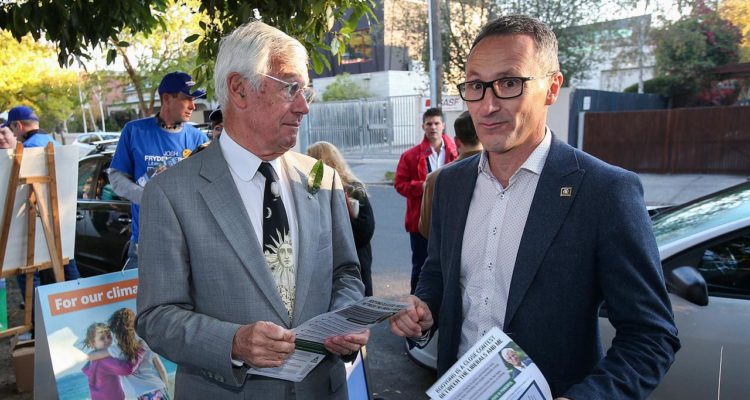 Julian Burnside with then Greens leader Richard Di Natale outside a polling booth in Melbourne in 2019. (Ian Currie)

Odiousness comparisons in 280 characters or less

It is a familiar fact that some of the best educated in our midst also sometimes seem the most unwise.

Take Melbourne barrister Julian Burnside QC, for example. He voted for the Liberal Party up to and including John Howard’s victory over Labor’s Paul Keating in March 1996. Burnside then gradually moved to the left and eventually joined the Greens, standing unsuccessfully as a candidate against Josh Frydenberg in the Melbourne eastern suburbs seat of Kooyong in 2019.

On Wednesday evening, Burnside sent out this tweet: “The curious thing about the Israeli stance is that their treatment of Palestinians looks horribly like the German treatment of the Jews during the Holocaust.”

This is a statement of profound ignorance by a man with two university degrees. It demonstrates a lack of understanding about both contemporary Israel and the Nazi totalitarian regime that ruled Germany between the rise to power of Adolf Hitler in 1933 and his death and Germany’s defeat in May 1945.

These days many a school and university debater is advised not to make comparisons with Nazi Germany, irrespective of what side of any topic they are addressing. Put simply, Nazi Germany belongs to a species all on its own – sui generis in legal terminology.

Among the first to respond to Burnside was Victorian Liberal Party senator Jane Hume. She tweeted: “Julian is not unintelligent (though very foolish). He knows what he’s doing when he accuses literal Holocaust survivors of acting like Nazis.”