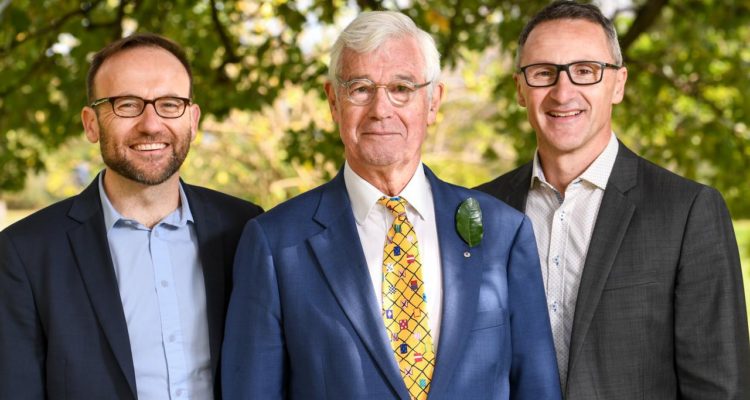 Greens leader Adam Bandt is being urged to distance his party from high-profile barrister Julian Burnside after the human rights advocate compared Israel to Nazi Germany.

Mr Burnside, who has since deleted the Twitter post, has been condemned by a number of Jewish community organisations since The Australian reported his comments on Thursday.

Jeremy Leibler, the Zionist Federation of Australia president, in a letter to Mr Bandt, wrote: “Given Mr Burnside’s tweet, failure to take action will be seen by the Australian Jewish community as a Greens willingness to tolerate anti-Semitism within your ranks.”

Mr Leibler also called for the Greens to join the International Holocaust Remembrance Alliance in adopting the working definition of anti-Semitism.

Mr Burnside was a Greens candidate for the Victorian seat of Kooyong, and ran for preselection to take Richard Di Natale’s vacant Senate position last year.

Responding to the Mr Burnside’s post, Mr Bandt said his party was concerned with a recent rise in anti-Semitism online.

“The Australian Greens abhor racism in all its forms, and are particularly concerned by the resurgence of anti-Semitism seen across the world,” he said.

“The Holocaust is one of the darkest moments in human history and is without modern comparison. It has left an enduring and painful scar on the Jewish people, the impacts of which are still being felt today.

Read the article by Joseph Lam in The Australian.