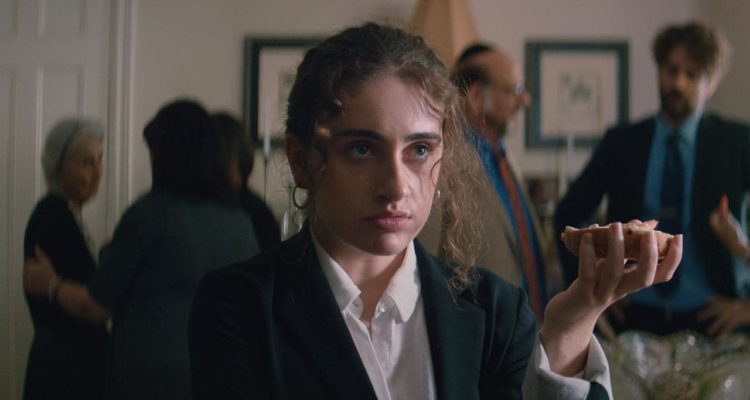 Since Emma Seligman’s comedy Shiva Baby premiered at the SXSW festival in the US last year, the film has become a huge hit, screening in Toronto and at the Melbourne and Adelaide festivals.

It’s a groundbreaking LGBTQ story for female Jewish millennials and is based on Seligman’s New York University thesis short film which, like her feature debut, stars her friend and fellow student, stand-up comedian Rachel Sennott, as Danielle, a directionless bisexual Jewish woman.

Sennott, who Seligman refers to as “a joke machine”, is quite a find. “I knew it was going to be funny in a very dark way, but Rachel put such a comedic stamp on the short film that I wasn’t expecting,” Canadian-born Seligman, 26 says over the phone from the US.

“She improvised so much and just made it her own, so there was no question about her starring in the feature film.”

Set in Brooklyn, Shiva Baby starts out with Danielle having sex with her sugar daddy, Max, who gives her money for her services. Most of the film takes place at a shiva, a Jewish mourning ritual akin to a wake, where Danielle’s parents are hassling her to find a man. Then Max turns up with his stunning blonde non-Jewish wife Kim (Dianna Agron) and baby.

If things aren’t awkward en­ough, Danielle’s ex-girlfriend is also there – and deemed to be the perfect daughter as she is studying law – and it soon becomes clear the young women still have feelings for each other. Where this will end up is anyone’s guess, but it’s a lot of fun as Danielle attempts to hide her sexual activities from her parents and from other prying relatives.

Read the article by Helen Barlow in The Australian.