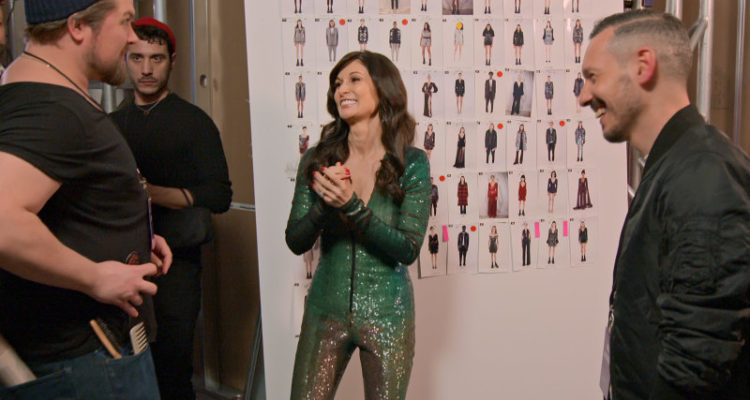 Julia Haart, who exchanged her Orthodox community in New York for a more non-religious lifestyle.

Almost as quickly as reality series My Unorthodox Life started streaming on Netflix, an opposing hashtag was born on social media: #MyOrthodoxLife. Through it, a legion of Jewish women wanted to dispel myths put forth in the Netflix show: that religious life is prohibitive, suppressive, diminishing.

That’s been the line of its reality star Julia Haart, 50, who had exchanged her Orthodox community in New York for another kind of divine life, as chief executive of a talent media company and wife to a billionaire. In My Unorthodox Life, she seemingly worships at the altar of Hermès and is spectacularly non-religious, snacking on non-kosher foods (oysters are a favourite) as she discusses vibrators (often) and fundamentalism (frequently).

Although she says there wasn’t one reason that prompted her departure, she told The New York Times that her youngest daughter Miriam was a catalyst. “She just wouldn’t conform. They were doing to her what they had done to me – trying to push her down and mould her into that flat person that they could disappear.”

Many Orthodox Jewish women don’t care that Haart shed her former life, but nor do they recognise themselves in her pointed descriptions of that community.

Many have come forward with their credentials as doctors, lawyers, teachers, mothers, feminists. One US-based Master’s student of gerontology, Chana Chava Ford, wrote: “It ain’t all bagels and lox with a side of female subjugation.” While psychotherapist Elisheva Liss, also from the US, pointed out, “Thinking that Netflix shows represent Judaism is like thinking that the Kardashians represent America… they don’t.”

Read the article by Rachelle Unreich in The Sydney Morning Herald.