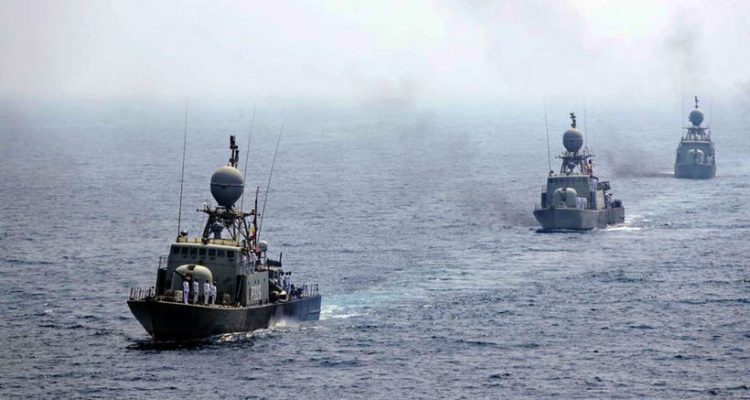 Iranian ships in the Gulf (Getty)

Why Iran is stepping up its maritime piracy

On Tuesday there was an attempted hijacking of a tanker in the Gulf of Oman. According to the UK Maritime Trade Operations (UKMTO), nine armed men boarded a Panama-flagged tanker before leaving several hours later – reportedly after the ship’s crew sabotaged the vessel’s engines. The UK believes this attempted hijacking was the latest in a string of maritime attacks perpetrated by Iran or one of the several militant groups it backs in the Middle East.

The failed hijacking follows a drone attack last week on the tanker Mercer Street in the Arabian sea, which is owned in part by the Israeli shipping magnate Eyal Ofer. This attack claimed the lives of British and Romanian nationals onboard the ship. Israeli Defence Minister Benny Gantz pointed the finger at Iran after the ship was targeted, calling it ‘an attack on the world.’

In recent years, Iran has mainly targeted ships with links to Israel. But attacks on international targets are becoming increasingly common, spilling out of Iran and Israel’s ‘shadow war’ at sea. Any response is usually met with threats from Tehran that a retaliation will be met with more force.

Tehran is playing a dangerous game. Talks with the US over a return to the nuclear deal have stalled, and the two sides are now using different tactics to gain leverage. American officials have been stating publicly that they are pessimistic about the talks in an attempt to pressure Iran’s leaders to agree to a more restrictive deal. Iran, conversely, has chosen a policy of maritime brinkmanship. This foreign policy approach – using aggressive actions that could lead to military confrontation in a bid to gain advantage in negotiations or force diplomatic outcomes before a confrontation occurs – is an age-old practice that requires precision. It means walking on the edge of a cliff without falling off it.
Read the article by Limor Simhony Philpott in The Spectator.