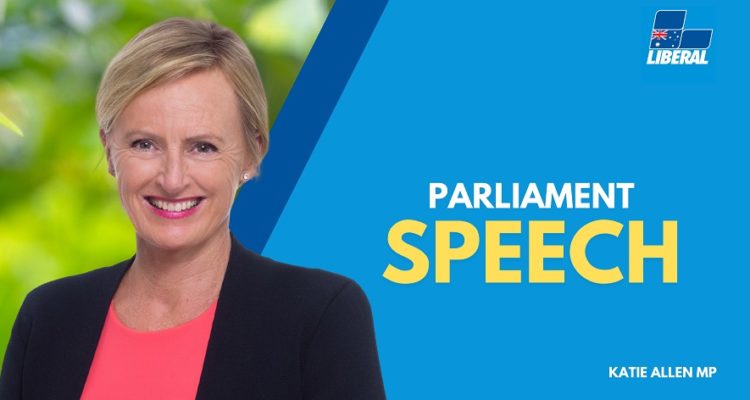 “There is absolutely no room in Australia for anti-Semitism, no justification for it…”

Dr ALLEN (Higgins): Last week Julian Burnside, a Greens candidate at the last election, tweeted a post where he equated Israel’s treatment of Palestinians to the actions of Nazi Germany. This was not condemned by the Leader of the Greens. The Labor member for Cooper recently joined a rally proudly calling for Israel’s destruction. They shouting a chilling Hamas slogan: ‘From the river to the sea, Palestine will be free.’ Neither she nor the opposition leader condemned this propaganda. The Queensland Labor conference this year accused Israel of ethnic cleansing and apartheid. Again: silence from Labor’s leadership.

In 1960, then Prime Minister Robert Menzies said, ‘There is absolutely no room in Australia for anti-Semitism, no justification for it.’ Those comments are as true today as they were then. Anti-Semitism is not accepted; it should never be acceptable. Recently, the Prime Minister told the Australia-Israel Chamber of Commerce: ‘I do not accept that anti-Semitism, cloaked in the language of human rights, serves any justified purpose nor the cause of peace.’

Australians look to their leaders to ensure all Australians are safe. We believe in a country where those from different faiths feel supported and protected. Now is the time for leaders across the political spectrum to condemn the despicable and anti-Semitic behaviour that is alive and thriving in the depths of their parties.