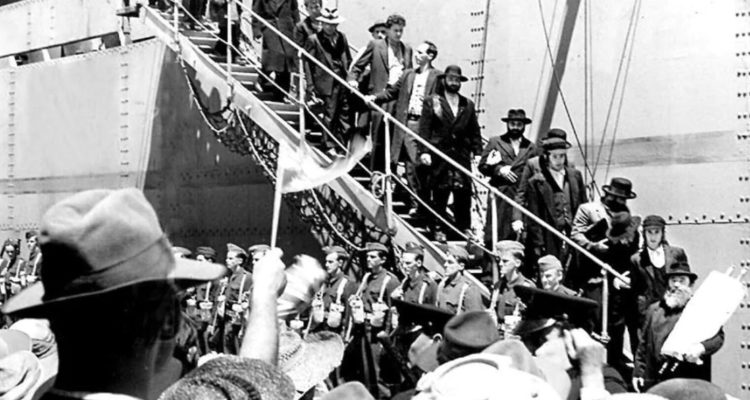 On September 6, 1940, a grey steamer docked at Sydney’s Circular Quay. Among the passengers was Ulrich Boschwitz.

At 11.30am on Friday, September 6, 1940, a grey steamer docked at Sydney’s Circular Quay and began disgorging a unique cargo: men, young, old, tall and short, but uniformly pale, cowed and unkempt, blinking in a sun they had hardly seen for two months, in ragged clothes that were the sum of their possessions.

They hardly looked dangerous, but armed security cordons suggested otherwise; so did the British Tommies who had guarded them on their journey from England, who now told credulous reporters that these enemy prisoners, the first of the war to set foot on Australian soil, had tried to take over and to set fire to the ship en route, led by “full-blooded, heel-clicking Nazis” with “a hatred of Britain”.

None of this was true. A core of German and Italian fascists had, in fact, already been siphoned from the ship in Port Melbourne, bound for a small prison camp. The 2000 bedraggled figures now crammed into adjacent railway carriages had never wanted anything to do with the war: they were refugees, mainly German, mainly Jewish, who had fled the continent for Britain, only to be interned in the national panic that followed the Nazi sweep through Europe. They have since been grouped in Australian history by the name of their ship as the celebrated Dunera boys – perhaps our most gifted assemblage of new arrivals, including athletics coach Franz Stampfl, composer Felix Werder, photographer Henry Talbot, artist Ludwig Hirschfeld-Mack, ­philosopher Peter Herbst, economist Fred Gruen, political scientist Henry Mayer and physicist Hans Buchdahl. Also on the Quay that day was an author whose book The Passenger would, 80 years on, become a global bestseller.

Read the article by Gideon Haigh in The Australian.