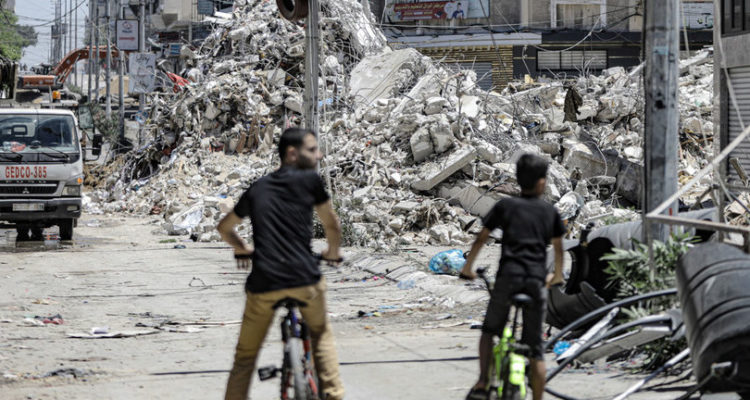 Defence has elevated “opportunities for Australian companies” over human rights and transparency in weapons sales, as an investigation by Michelle Fahy reveals 187 permits for military exports to Israel.

The Defence Department approved 187 permits for military exports to Israel in the six years to March 31, according to figures released under Freedom of Information (FOI).

The figures prompted questions about the ethics of Australia approving the export of weapons, military technology and other military goods to Israel, given its large number of documented violations of international human rights law in Palestine over decades.

In May, Israel conducted a devastating military campaign against the Gaza Strip and the West Bank. The bombardment lasted 11 days with the UN reporting more than 220 Palestinians killed, including 63 children, and thousands injured. At least 12 Israelis also died following indiscriminate rocket attacks by armed Palestinian groups.

There are Defence reports showing Australia has sent military exports to Israel from the early years of this century, but ties between the two countries have deepened in the past few years. Australia and Israel have recently expanded cooperation on national security, defence and cyber security. The two countries signed a defence industry cooperation agreement in October 2017. Eighteen months later, a new Australian Trade and Defence Office opened in West Jerusalem tasked with facilitating trade, investment and defence industry partnerships. Trade Minister Dan Tehan is also canvassing a free trade agreement with Israel.

“It is horrifying to learn that Australia is approving so many export permits to Israel – one of the most heavily militarised states in the world, which has been subjecting the Palestinian people to a brutal military occupation for over five decades,” said Rawan Arraf, Executive Director, Australian Centre for International Justice. “It’s highly likely then, that Australian goods are being used in aiding and abetting war crimes and crimes against humanity. We have a right to know what is being exported and to demand that it ends.”

[Editor: Extraordinarily biased reportage than puts the publisher of this article to shame. One quote “At least 12 Israelis also died following indiscriminate rocket attacks by armed Palestinian groups” fails to mention that these indiscriminate rocket attacks numbered 4500 and that these rocket attacks were made in an aggressive action by Hamas that aims to eliminate Israel and replace it with an Islamic caliphate. On this sad day, when we have witnessed the capitulation of Afghanistan to another Islamic terrorist organisation the Taliban, it is painful to see this kind of blind advocacy for Palestinian intractability.]