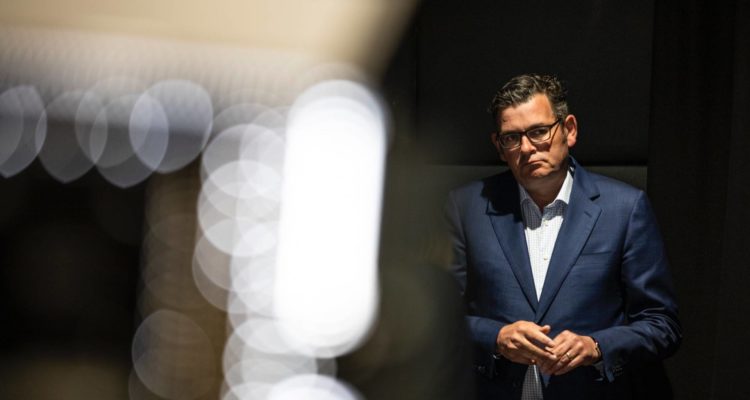 In condemning anti-semitism, the victorian premier’s failure to speak out against racism against other communities has been made glaringly clear.

Tuesday’s Melbourne COVID presser, helmed by our devoted Premier Dan Andrews – came with an unexpected twist: a pointed condemnation of anti-semitism. Apparently, the engagement party that took place during Melbourne’s lockdown, which Andrews used on Monday to extend Melbourne’s lockdown for two more weeks (with a 9pm curfew thrown in for good measure), was largely attended by Jewish-Australians. You can predict the rest. A bunch of people, pissed off by the lockdown extension, erupted in anti-semitism.

I was surprised to hear Andrews decide to suddenly stand up for the most recent in a long string of minority groups to be targeted during this pandemic. “Them breaking the rules was not a reflection on the Jewish community more broadly, it was not an act of faith or culture,” he said. “We have a proud Jewish community, a significant Jewish community. It is simply unacceptable and evil for anyone to be trading in some of the anti-semitic comments we’ve seen. There is never, ever a place in Victoria for anti-semitic behaviour language.”

I was genuinely shocked. Was a politician actually taking a stand against racism? What was happening? Don’t get me wrong; I was pleased to see it. But I couldn’t help but see a missed opportunity for him to also condemn the targeting of other ethnic groups during this pandemic; not just in that moment, but over the past 18 months. Chief Health Officer Brett Sutton to some degree made up the slack, stating: “Hate directed to any community, geographically, by country of origin, ethnic background, language, whatever. It is destructive to the public health response. We’ve seen it with Islamophobia. And the reality is, communities are focused on protecting themselves, their families and those around them, and we should recognise that.”

Read this questionable opinion piece by Reena Gupta, a Melbourne-based contributor for MTV Australia, who has trouble plainly connecting the dots lapsing in me-tooism.