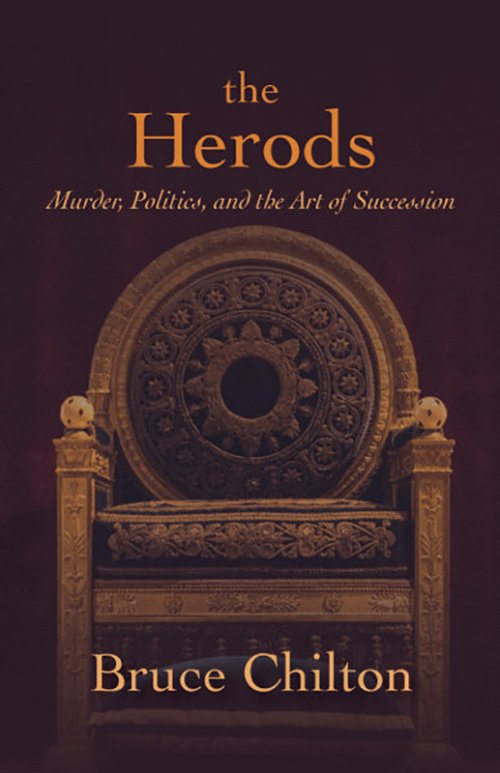 The Interview: Bruce Chilton on his new book plumbing the role the Herods had in forming early Jewish, Christian views

Few periods were as critical to the development of Judaism and Christianity as the 100 years before and after the birth of Jesus.
Those were roughly the years governed by the Herods, the dynastic royal family that controlled Judea, the region surrounding Jerusalem, as well as the northern stretch once known as the kingdom of Israel, on behalf of Rome.
While most historians turn their lens on the religious ferment of that period, during which the Jerusalem Temple reached its apex in magnitude, the Herods themselves are often backstage actors to the larger drama.
In his new book, The Herods: Murder, Politics, and the Art of Succession, Bruce Chilton, a professor of religion at Bard College, places the dynastic family front and centre. (His main source is Josephus, a Jewish historian who chronicled the era while living in Rome.)
As the subtitle of the book suggests, there’s plenty of intrigue, Game of Thrones-style exploits and a supporting cast of big-name notables: Julius Caesar, Anthony, Cleopatra and Caligula, to name a few.
Chilton, who has written popular biographies of Jesus, Paul, Mary and James, both knows his stuff and guides lay people through a manageable narrative.
But he also hints at a more complex story, delving into the fraught relations between various groups of early Jews, their insistence on maintaining  Temple practices and their understanding of divine rule amid changing political dynamics.  Modern Judaism and Christianity were both formed in the crucible of those dynamics.