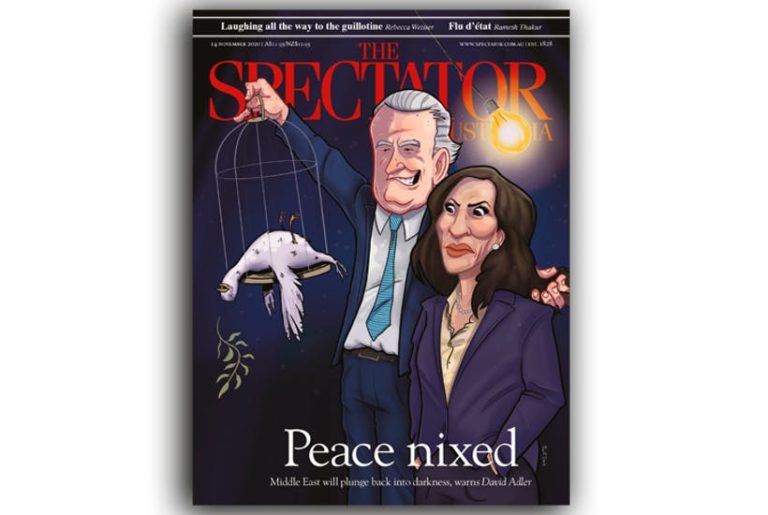 As we’ve seen graphically this last week, the American withdrawal from Afghanistan has rapidly become a stuff-up of catastrophic proportions. True, the failed US mission in Afghanistan spans four administrations (Bush, Obama, Trump and Biden) but the planning and manner of the disengagement belongs to Biden. It takes some special level of incompetence to implement a military withdrawal more inept than the US departure from Saigon in 1973.

It was Biden who said on 8 July, ‘The likelihood there is going to be the Taliban overrunning everything and owning the whole country is highly unlikely’. Tell that to the millions now facing brutal fundamentalist Islamic rule under the Taliban who have declared an Islamic Emirate of Afghanistan.

In a cover story titled ‘Peace Nixed’ for this magazine published 14 November, 2020, regular Speccie columnist Dr David Adler, President of the Australian Jewish Association, assessed the impact of the incoming Biden-Harris team’s Middle East policies warning that the ‘Middle East will plunge back into darkness’. The controversial cover image by Sarah Dudley and Ben Davis, showed the president-elect holding a dove of peace in a cage, as dead as any canary in a poisonous coal mine.

Read the article in the Spectator.