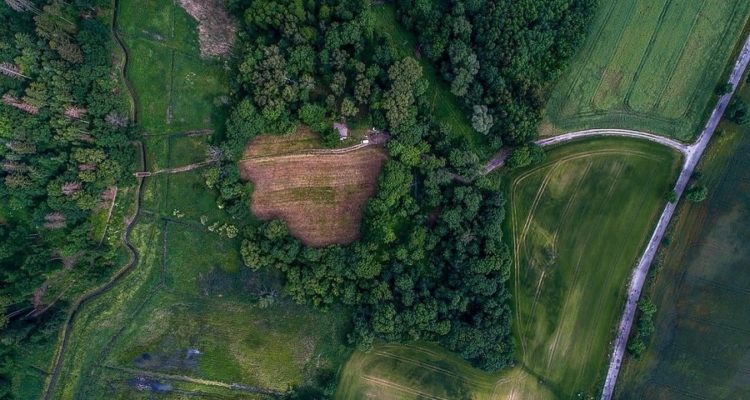 An aerial view of Death Valley in Poland. (D. Frymark)

New details are emerging about atrocities committed by Nazis in Poland during the onset and closing stages of the Second World War, including how they tried to destroy evidence of their crimes.

Nazi Germany invaded Poland on September 1, 1939, triggering the Second World War. The opening months of the conflict were particularly brutal, especially in the Pomeranian region of northern Poland, where an estimated 30,000 to 35,000 Polish citizens were massacred.

Any doubts about Nazi ruthlessness were quickly put to rest. This large-scale atrocity would be the first of many to happen in Poland during the war. And indeed, these killings, known as the Pomeranian Crime of 1939, are considered a foreshadowing to the later Nazi genocides committed in World War II. Some of these killings were done as part of the Intelligenzaktion, in which prominent and well-educated members of Polish society, such as teachers, priests, doctors, activists, office workers, and former officials, were executed.

These killings took place at approximately 400 different locations in Pomerania, including a site on the outskirts of the Polish town of Chojnice. Another massacre of approximately 600 imprisoned Polish citizens took place at this location in late January 1945, as the German retreat along the Eastern Front was in full swing. The Poles were executed, and their bodies burnt to destroy the evidence, according to eyewitness accounts. The site near Chojnice was later named the “Valley of Death” on account of the killings that took place during the war.

Read the article by George Dvorsky in Gizmodo.