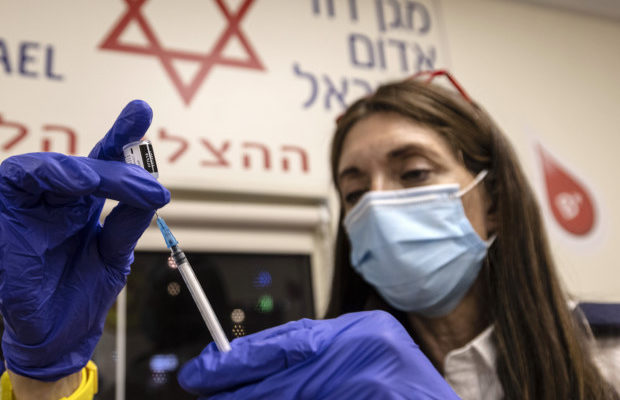 After global applause for a swift and effective vaccination plan, Israel is now bracing for further lockdowns as the Pfizer jab on which it relied shows less efficacy than hoped for.

Israel became a lodestar for the world when it raced ahead to vaccinate much of its population and reopened its economy in March.

For five months, Israelis enjoyed a taste of post-pandemic freedom, with jubilant, mask-free street parties and crowded restaurants. But now, with Israel’s coronavirus infections soaring to highs last seen in February and the public braced for another potential lockdown, scientists are asking what has gone wrong in a country in which 80 per cent of adults have been double jabbed.

The answer, slowly taking shape in hotly contested data, is that the protection conferred by the BioNTech/Pfizer two-shot vaccine, which Israel has used almost exclusively, appears to fade over time faster than expected, increasing the risk of “breakthrough” infections. This eventually leaves those inoculated first – generally the oldest and most vulnerable – at increasing risk of infection and severe illness.

At the Sheba Medical Centre, the largest in Israel, researchers identified the trend early. Monthly blood tests of medical staff, many of whom had been inoculated in December, started to show declining antibody levels and significant falls by June, a top official at the hospital chain, Arnon Afek, said.

Antibody levels can sometimes decline without having an impact on efficacy but, at about the same time, Sheba hospitals began to note a rise in elderly, vaccinated people testing positive and seeking care.

Read the article by Mehul Srivastava and John Burn-Murdoch in the Financial Review.