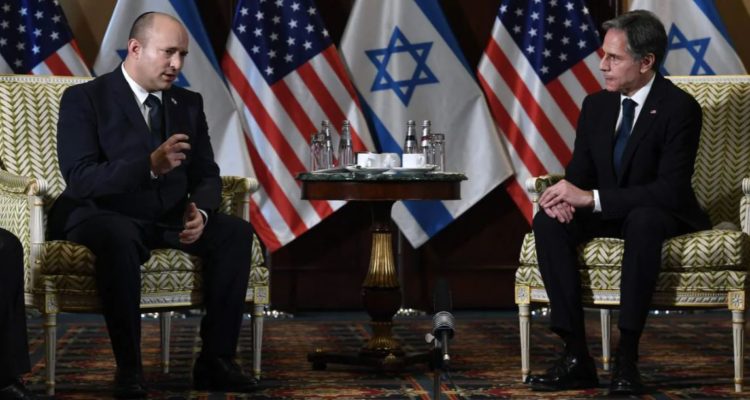 Israeli Prime Minister Naftali Bennett was to meet on Thursday night with President Joe Biden at the White House to urge pressure on Iran’s nuclear program and to shore up bipartisan support for Israel.

Mr Bennett said ahead of his first state visit that Mr Biden was “an old and true friend of the state of Israel”.

The 49-year-old leader took office in June as head of an ideologically divided coalition in which his hawkish party holds only a handful of seats.

“There is a new administration in the US and a new government in Israel, and I am bringing with me from Jerusalem a new spirit of co-operation,” he said.

“Netanyahu believed that he knew better than the president with whom he was dealing, what the US should do,” he said.

By contrast, with Mr Bennett, “even if there are differences on policy, which there will be, the two will be able to talk without this overlay of disrespect”.

Mr Bennett said Iran would be the focus of his visit. Speaking to Secretary of State Antony Blinken on Wednesday, Mr Bennett said he hoped for “co-operation and goodwill” with Ameri­cans, primarily in “how do we fend off and curtail Iran’s pursuit to dominate the region and its race to a nuclear weapon”.

Read the article by Daniella Cheslow in The Australian.