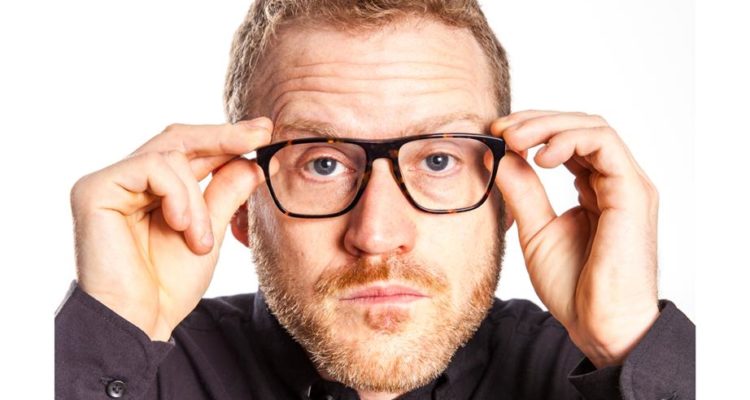 John Safran: “[We] Jews are obviously pretty good with food because Jews are very fat and like eating”

The writer on drinking tequila with white nationalists, which religion has the best food, and his new book on Big Tobacco.

You grew up in a Jewish German-Polish household. What are your fondest food memories from your childhood?
We had Friday night Shabbas which I thought was normal – I didn’t think I was part of some “ethnic” thing. There was challah, the braided bread, which was delicious. It’s one of those foods you can eat heaps of when you’re young because of your metabolism.
I didn’t drink socially until I was much older. Everyone thinks it’s some big decision, or your father died in a drink-driving accident. But part of the reason was because during Shabbas, you say a prayer – a bracha – and drink this kiddush wine. So wine wasn’t this forbidden thing.
You once said your ’90s rap duo Raspberry Cordial “broke down the wall that Eminem’s been able to walk through”. Do you resent the success of Australia’s other cordial-named musical duo, Lime Cordiale?
I’m open source. It’d be a bit rich of me, as someone who was influenced by Public Enemy and LL Cool J cassettes, to say: “Hang on. Lime Cordiale taking from Raspberry Cordial? That’s cultural appropriation.”
In your previous book Depends What You Mean By Extremist you hung out with white nationalists. Do they eat the food of other cultures?
I once did tequila with them. That was my first book where the making of it [became public]. Everyone has phones and can film stuff and you have to be a bit mindful of that, because that went online – me having tequila shots with white nationalists.
Read the article – an interview with John Safran by Yvonne C Lam in Gourmet Traveller.