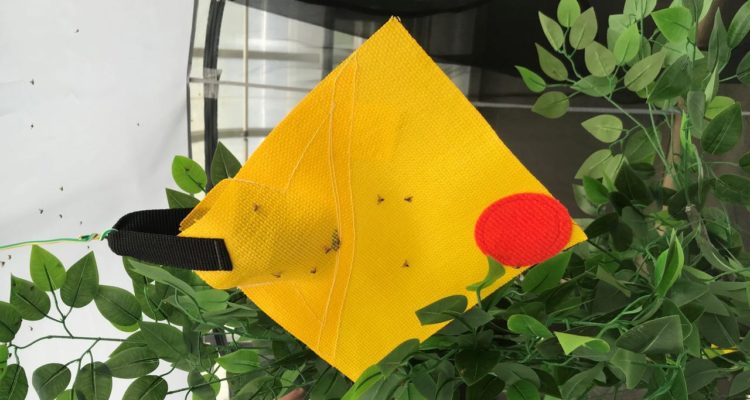 A new two-pronged assault has been unleashed in the war against Adelaide fruit fly incursions – with “double agents” and a deadly Israeli weapon deployed.

Low-flying planes will drop millions of sterile fruit flies each week over Adelaide for the rest of the year and imported traps will be deployed, in a campaign to eradicate outbreaks.

About 4000 of the Biofeed “FreeDome” lures – produced by an Israel-based company – are being placed in backyards during an Australian-first trial that will cost the state government about $200,000.

The lures use a chemical formula to attract, feed and kill the insects.

A series of 18 outbreaks in Adelaide, the Riverland and Port Augusta has cost producers millions of dollars in treatment costs and lost markets for their fruit.

Meanwhile, up to 20 million sterile flies are also being released weekly.

More than 600 million sterile fruit flies have already been deployed during the eradication program, which began in December 2019 and has so far cost more than $40m.

The government paused the release of the sterile flies during the insects’ overwintering period, but the program restarted this week.

Read the article by Michelle Etheridge in The Advertiser.