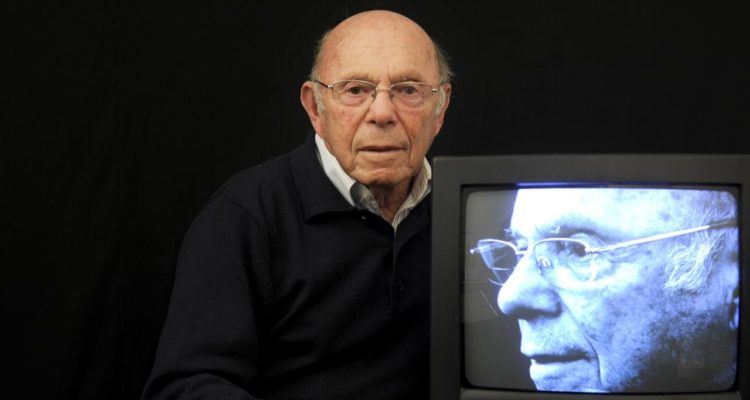 As one of the last adult survivors, Phillip Maisel’s first-hand account of this period has considerable historical importance.

Forgetting the past is hard. Remembering it can be even harder.

Phillip Maisel understands this perhaps better than anyone in Australia. At 99, he has spent nearly a third of his life delving into one of the most horrific periods of recent history, hearing first-hand accounts of its most gruesome and devastating intricacies.

During the past 30 years, as a volunteer at Melbourne’s Jewish Holocaust Centre, Maisel has recorded more than 1000 testimonies of Holocaust survivors, witnessing as decades-old traumatic memories are divulged. Sometimes he asks questions. Mostly he stands behind the camera, using his self-taught skills to ensure these searing memories are reverently recorded for posterity.

It’s a deeply taxing task, and the centre has recognised Maisel’s efforts by naming its testimonies program in his honour. What makes his involvement all the more extraordinary is that Maisel, too, is a survivor.

As with all survivors his story is unique, but it also carries common themes of cruelty, trauma and unimaginable loss.

More than three-quarters of a century on, he reveals that the suffering of those he loved, including his father, who had a horrific death, haunts him more than his own suffering.

But what is most revealing in The Keeper of Miracles is Maisel’s emphasis on random acts of kindness – how they saved him, and how they shaped him. As a Jewish child raised in Vilna, he was torn from his family and sent to multiple concentration camps, surviving for much of the war as a self-taught mechanic.