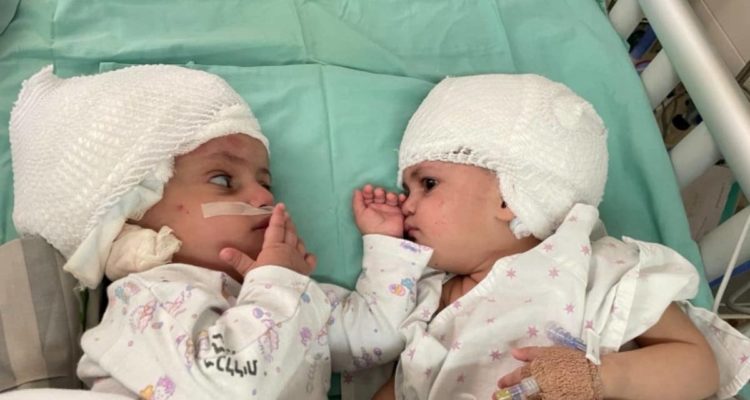 Twins conjoined at the head were separated after a rare 12-hour surgery, meaning they can see each other for the first time

A pair of one-year-old Israeli twins girls, who were born conjoined at the head, have been separated after a rare operation that lasted more than 12 hours.

The surgery took place in the Soroka Medical Center, Beersheva, Israel on Thursday, The Jerusalem Post reported on Sunday.

Only 20 such operations have been done around the world so far, the hospital’s chief pediatric surgeon Dr. Mickey Gideon said, per Israel’s Mako news portal.

The separation means the girls, who have not been publicly named, are now able to see each other for the first time.

The girls were born in August 2020 and were attached by the back of their heads, a rare condition called craniopagus twins, per The Jerusalem Post.

A team of about 50 staff, including surgeons from the UK and US, had been training for the surgery for about a year, Israel’s Channel 12 reported.

Read the article by Marianne Guenot in Business Insider Australia.