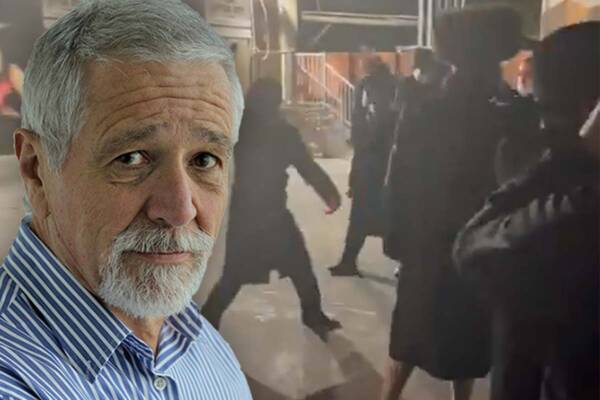 Neil Mitchell has slammed the group of extreme ultra-Orthodox Jews who gathered at a synagogue yesterday in breach of the chief health officer’s restrictions.

Police waited outside the Elsternwick synagogue in a stand-off with the group which lasted more than 12 hours.

When those inside the synagogue left, some reportedly abused police and the media and calling them anti-Semitic.

A cameraman was taken to hospital with concussion.

Neil Mitchell says he’s “disgusted” by the behaviour of those who attended the Elsternwick synagogue.

“Anti-Semitism is vile … obscene and insidious,” he said.

“But so is claiming anti-Semitism when it is nonsense. It is clearly not anti-Semitism — it’s police following the law it’s the media doing their job.

“To accuse the police and the media of being anti-Semitic, in my view, undermines the hurt that every Jew feels often from anti-Semitism. These people have brought disgrace on their community.”

Listen to Neil Mitchell on 3AW.