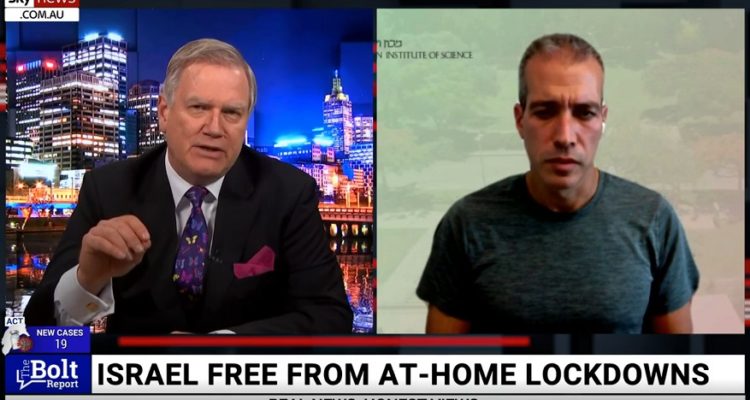 Vaccines in Israel had a ‘waning effect’ but are still ‘effective’

Computational Biologist Professor Eran Segal says after Israel was the first to vaccinate their people, they were able to discover the two doses of the vaccine had a “waning effect”.

“We’ve learned that there was actually a waning effect for these two doses that we received and basically after four or five months, the effect, the protection effect of the vaccine wears down,” Professor Segal told Sky News host Andrew Bolt.

“We saw people who were vaccinated earlier, we saw them becoming infected again, some of them also becoming severely ill, they were more protected of say than people were not vaccinated but much less protected than they were fresh after receiving the two doses.

“Even when we were seeing this waning effect…it was clear, even at that point that the vaccines are still working.”

Professor Segal said by bringing in a third booster shot of the vaccine, he “believes” the case numbers will start to decline in the coming weeks.

Watch the interview with Professor Segal on the Bolt Report.