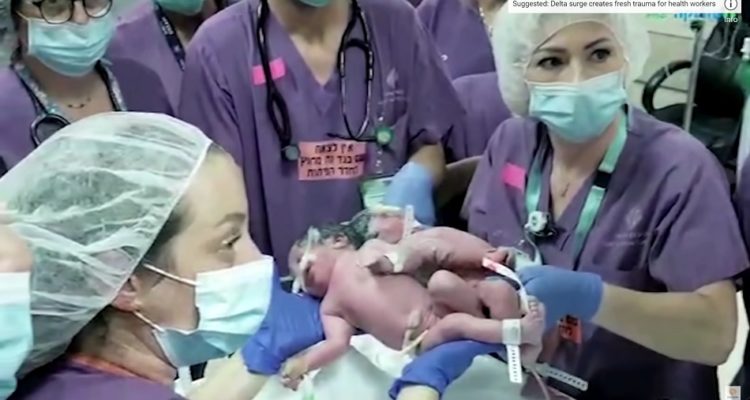 In a complex surgery that required months of preparation and over 12 hours of the procedure, 1-year-old twins from Israel who were conjoined at the head were successfully separated, officials said Sunday.

The twin girls were born in Soroka University Medical Center, a hospital in the Israeli city of Beersheba, in August 2020, with a rare condition called craniopagus — where the twins were conjoined back to back. A team of more than a dozen doctors from the hospital and experts from abroad performed the first of its kind surgery in Israel Thursday, reported The Jerusalem Post.

“This is a very rare operation, performed so far in the world only about 20 times and for the first time in Israel in one-year-old babies, one of the youngest in which this procedure was performed,” Dr. Mickey Gideon, Director of pediatric neurosurgery at the hospital said.

The surgery involved cranial reconstruction and scalp grafts for both, according to a statement from the hospital, Reuters reported.

“The next few days will be critical in the process of the twins’ recovery,” Gideon added.

“They are recovering nicely. They are breathing and eating on their own,” Eldad Silberstein, the head of the plastic surgery department of the hospital said, Reuters reported citing a local news outlet.

Craniopagus twins occur in about one in every 2.5 million births, according to research published by the University of California’s UC Davis Health. They are joined at the back, top or side of the head and share a portion of the skull. Their brains are usually separate, though they may share some brain tissue.

Read the article by Suneeta Sunny in the International Business Times.